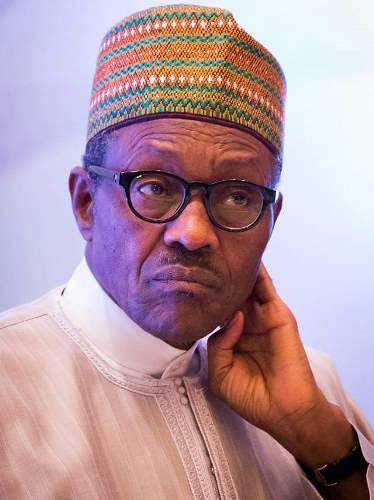 PMB AND THE DESCENDANTS OF SHIMEI – Femi Adesina
There is nothing new under the sun, goes a popular saying. In fact, the more things seem to change, the more they appear the same. From time immemorial, some people have spoken evil of leadership, cast aspersions on them, and generally portrayed themselves as scum of the earth. No matter how a country loves its leader, there will naturally be those that the Good Book calls “filthy dreamers” who “despise dominion, and speak evil of dignities.” That is why as spokesman to President Muhammadu Buhari, I never respond to such people. Their type would always be around.

President Buhari has been indisposed since the beginning of the year. It is human, and presidents, despite their elevated status, remain human. If there is anybody who considers himself 100 percent healthy, or who bears what William Shakespeare calls “a charmed life,” let that person stand up to be identified. All mortals are doomed to sickness, they can recover, and they can die. That is the truth that has been internalized by millions of people praying for the recovery of our President. And that is where the shallowness, vacuousness, and hollowness of people who wish the President dead, and carry unfounded rumors, is on stark display. Filthy dreamers. They speak evil of dignities, and despise dominion. But we forgive them, for they know not what they do. When President Buhari returns (as God would make him do) where would they hide their faces? In shame.
Now, I started by saying we would always have scumbags around. It is inevitable. They are the descendants of Shimei, the son of Gera, whom I want to introduce to you now.

Who is Shimei? Well, I met him on the pages of the Good Book, and he bears striking similitude to some people in our country today. The evil wishers, the hate monger, and those who spend their days conjecturing tragedy for leadership.

Absalom, the son of King David, had led an insurrection against his father. And the king of Israel fled, with some of his supporters in tow. As David got to a place called Bahurim, the Holy Bible records that Shimei, the son of Gera, a man of the family of Saul, came out, and started cursing the fleeing king. You don’t kick a man that is down, goes a saying, but Shimei not only cursed David, he also threw dust and stones at him. It was a show of shame.

David had succeeded Saul as king of Israel. And Shimei was from the family of Saul (read, People’s Democratic Party, PDP). Shimei hadn’t forgotten the bloody nose the family of Saul got, when the kingship was taken away from them, and given to David. So when the latter got into a time of travail, no pity at all from people still smarting from bloody noses.

The All Progressives Congress (APC), inspired by Muhammadu Buhari, halted the 60-year pipe dream of PDP at the polls in 2015. Has the latter forgotten? No, they won’t forget till forever. But so much is the animus, the antipathy towards the President that they wish him dead. While millions of Nigerians are praying, some elements are rejoicing, and imagining evil. But they forget: man is not God, and Jehovah always has the final say. The descendants of Shimei need to learn vital lessons from their forebear.

As the base fellow assaulted the fleeing king, Abishai, one of David’s mighty men, said:”Why should this dead dog curse my lord the king? Let me go over and take off his head.”(2 Samuel, 16:9). But David restrained him, saying if God had not permitted Shimei, he could not have done what he was doing.

President Buhari has tolerated people who have called him all sorts of names in the past two years. If he didn’t move against them directly, he could have allowed many Abishais to move against them, “and take off their heads.” But not our President, a reformed democrat, a pious man, who has resolved to leave the people suffused by hatred unto God. And will they get their just desserts one day? As night follows the day, they will. If not from man, they will get it from God. Their forefather, Shimei did. He reaped what he sowed.

After some time, the rebellion led by Absalom was crushed by loyal troops, and David regained the throne. As he headed back into the city, who came to meet the king, with one thousand of his relatives, pleading for mercy? Shimei. The Yorubas say the same mouth that the snail used to abuse the gods, is what it uses to lick the dusts of the earth. Shimei had suddenly become gentle. And humble, too. He fell down before David, and said:”I have sinned. Have mercy on me. Don’t remember what I did against you on the day you went out of Jerusalem.”

Heh, on a certain day, some people would come to prostrate, begging for mercy, asking President Buhari to forgive and forget. What will the President do? What did David do? Abishai said again to King David:”Let me bring down the head of this man, who cursed, and threw stones at you?”
But David said to Shimei:”Thou shall not surely die.” And the king swore unto him.

But did Shimei live happily ever after? Old sins, they say, have long shadows. Before David died, he instructed Solomon his son, who succeeded him, not to forget to deal with Shimei. At least, David had kept his part of the bargain not to kill Shimei.

What did Solomon do? He restricted Shimei to Jerusalem, adding that any day he went out of the city would be his last on earth. Days, weeks, and months went by. Shimei remained gentle. But on a certain day, two servants belonging to him ran away to Gath, another city. Shimei saddled his horses, and led his men to bring back the servants. He had received mercy from David, but he couldn’t show mercy to the servants. Mercy begets mercy.

The story was told to Solomon. Shimei has left Jerusalem. He went to Gath, contrary to your instructions. It was time for judgment. Solomon commanded that what Abishai had long wanted to do should be done to Shimei. And his head was brought down.

Will the descendants of Shimei repent, turn a new leaf, and become human? Will they recognize their own mortality? He that is unjust, let him be unjust still: and he that is filthy, let him be filthy still. He that is overtaken by hate, let him remain hateful still. Behold, I come quickly, and my reward is with me, to give to every man according as his work shall be.