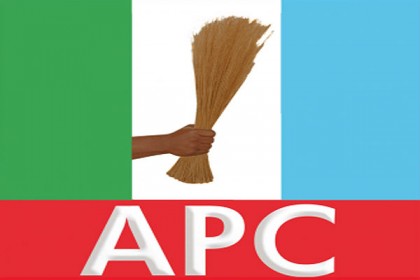 Mr Donatus Okonkwo, a governorship aspirant in Anambra under the All Progressives Congress (APC), has called for a free and fair governorship primary to rekindle the confidence of the electorate.

Okonkwo made the call on Wednesday after collecting the expression of interest and nomination forms at the party’s secretariat in Awka.

According to him, only a hitch-free primary will rekindle the confidence of party faithful and electorate that the party has come to stay in the state.

Okonkwo reiterated his support for any aspirant that might emerge as the candidate of the party in a free and fair contest.

“It has always been our word that once the primary is credible, free and fair, we will strongly support whoever wins the primaries.

“Money will not play any role in the primary; those who bribe their way will be punished by not even going near winning the primaries.”

He described the attitude of some aspirants, who insist on going to Abuja to collect expression of interest and nomination forms as “a show of shame”.

According to him, the forms should have been picked in the state since it is the governorship of the state and not that of Abuja.

“We have a strong party in the state. I am the first person to have insisted that the form should be collected in the state.

“This is to show that we are ready to serve the people and engage the process,” Okonkwo said.

He expressed confidence that the party would win the election in the state, but further urged the party’s leadership not to pervert the process by selecting a candidate of their choice.

In an interview, the state Chairman of APC, Mr Emeka Ibe, said that 12 aspirants had so far picked the nomination and expression of interest forms for the governorship election.

Ibe, who said a date would soon be fixed for the primary election, gave an assurance that the exercise would be credible. (NAN)