Sen. Adeleke’s Victory At The Polls, Another High Score For Democracy – Adesina 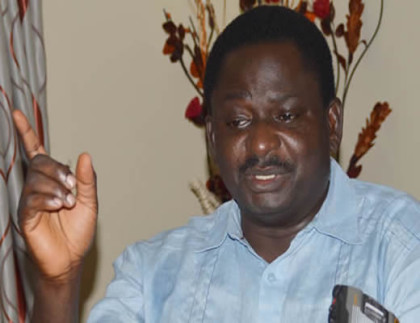 Sen. Adeleke’s Victory At The Polls, Another High Score For Democracy – Adesina

Special Adviser to the President on Media and Publicity Femi Adesina Thursday in Abuja said Sen. Ademola Adeleke’s victory at the polls reflects a new era of “bridge building’’ in Nigeria’s democracy that will further strengthen political institutions for future elections.

Adesina, who received the newly sworn in Senator at the Presidential Villa, said the overwhelming electoral victory demonstrated that the voters of Osun-West Senatorial District jettisoned party affiliations to choose a preferred candidate that would serve them in the National Assembly.

“The expectations from you will be obviously very high because your late brother, Sen. Isiaka Adeleke, was very popular, large-hearted and kind to a lot of people, and I know you are getting ready to fill the big shoes,’’ Adesina said.

The Special Adviser said Nigeria’s democracy had undergone many stress tests over the years, with commendable outcomes, assuring the senator that his victory at the polls had shown the world that voters were getting more conscious of their right to choose their leaders.

In his remarks, Sen. Adeleke said he inherited the goodwill of his late elder brother across Osun State, and the nation, pointing out that he was well received at the senate and offered the brother’s office in the complex.

“I was having fun during the campaign and enjoying my dance because my brother had done 70 per cent of the job with his historical goodwill right from when he became an Executive Governor in 1991. I was always with him. I want to follow his footsteps and may God help me,’’ he added.

Adeleke said he had already put a framework in place to ensure that all his promises to the electorate were fully delivered, which includes sustaining the legacy of promoting good education through scholarships and healthcare for the people, especially the under privileged.

“My brother laid a good foundation for me, but I would have preferred if he was around and had probably decided to retire at a good old age, instead of stepping into his shoes when he passed on,’’ he said.

The Senator said he would always support a bottom-up style of development in the country that pays close attention to the grassroots by strengthening the Local Government Councils.

He commended the Special Adviser for the maturity, simplicity and clarity of his messages to Nigerians from the Presidential Villa, praying for the quick recovery and safe return of President Muhammadu Buhari.