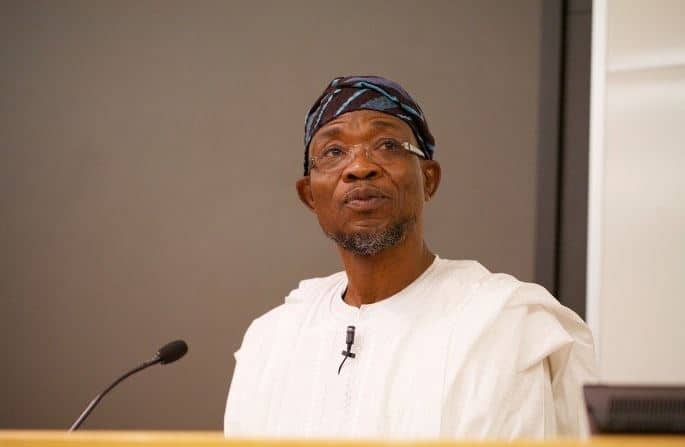 Mr Ibrahim Khaleel, NULGE President made the appeal at a news conference on Monday in Abuja.

Khaleel said that this was imperative as the governor’s support was necessary for granting the Local Government Autonomy.

He said the Osun State governor had come to symbolise himself as the most formidable foe against the freedom of local governments in Nigeria.

He said that the Aregbesola was defending his position when he said local governments should not have autonomy in his well-publicised lecture during the 2017 NULGE Week of Osun State Chapter.

“Ogbeni Aregbesola erroneously declared that local governments do not deserve to be autonomous because the Yoruba wars, particularly the Kiriji war, was fought for federalism recognised only two tiers of government; namely the federal and the state.

“This is a distortion of history. The historical fact is that the popular Kiriji war was fought because the Ijesha and Ekiti people did not want the regime of recklessness imposed on them by Ibadan warlords.

“For historical records, local administration and empire buildings started with Yoruba civilisation. Local governments have been in existence before the Berlin Conference of 1885 to 1886 when the entire area of Nigeria was partitioned to Britain for colonial exploitation.

“In fact, when the Northern and Southern protectorates of Nigeria were amalgamated in 1914, local government administration, as we now address it, had flourished very well in all parts of Nigeria.

“The Clifford Constitution of 1922 did not talk of any Federal or State Government; yet till 1945, local administration in form of local governments flourished in every inch of that era of colonial Nigeria, such that government was receiving the patronage of people and it was providing services.

“Therefore, the reference to Kiriji war as a protest not to recognise local government as a tier of government did not exist in reality. It only existed in the imagination of Aragbesola.”

The NULGE president, however, applauded the leadership and members of 8th National Assembly for overwhelmingly adopting two of the three key bills on local government autonomy.

He said that NULGE hoped that the two chambers would reconcile their differences on the issue of scrapping State Independent Electoral Commission(SIEC).

He faulted the belief from some quarters that Independent National Electoral Commission (INEC) should be solely responsibility for the conduct of Local Government elections across Nigeria.

Khaleed said that NULGE and the Nigeria Union of Teachers had settle their differences on the issue of LGA autonomy.

“NUT is part and parcel of the National Action Committee responsible for actualisation of LGA autonomy,” he said.

He said that the three years tenure proposed by the National Assembly for LGA elected officers was a welcome idea.