The Chairman of National Caretaker Committee of Peoples Democratic Party (PDP), Sen. Ahmed Makarfi, has warned that the party would no longer condone any act of indiscipline from members. 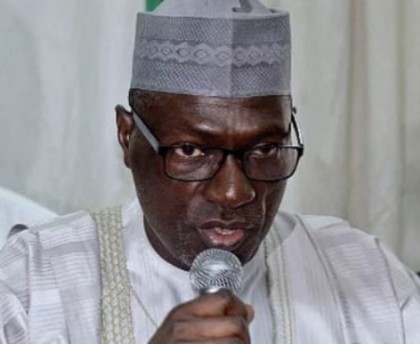 Makarfi gave the warning while inaugurating a 37-member Caretaker Committee for the Anambra chapter of the party on Tuesday in Abuja.

He said that the party’s leadership was already witnessing some form of indiscipline from some members, and warned that any undisciplined act would be sanctioned promptly.

“It is no longer going to be business as usual. What we are saying is that any future act of indiscipline will be immediately dealt with, with appropriate measure.

“We have noticed that and I assure you that without any delay we will take appropriate measure. The Constitution of PDP has stipulated how indiscipline should be addressed.

“Anybody that transgresses and thinks he can act the way he wants will be dealt with. We will no longer allow the party to be abused,” Makarfi said.

He stated that the inauguration of the Anambra’s caretaker committee for the party was important after the dissolution of the hitherto parallel executive committees in the state.

According to him, the inauguration of the new committee is important as the party prepares for Anambra governorship election.

The committee has Prof. ABC Nwosu as Chairman and Mrs Josephine Anenih as Secretary.

Makarfi charged the committee to run the affairs of the party in the state, organise effective structure and campaign for the Nov. 18 gubernatorial election.

The chairman also challenged the state committee to mobilize enough to effectively restore PDP’s popularity in the state.

“The committee is also to ensure discipline of members in accordance with party’s Constitution to deal with anti-party activities that shall hinder the successful prosecution of the Anambra gubernatorial election,’’ he said.

Accepting the responsibility, Nwosu commended the national caretaker committee for the privilege and opportunity given him and members of the committee to reclaim Anambra for PDP.

Nwosu described the state as one of the strongest at the inception of the party.

He assured that his committee would discharge its assignment diligently and restore Anambra to its pre-eminence position in PDP.

“We pledge to abide by the Constitution of the party and enthrone internal democracy, which is one of the founding ideals of our great party.

“We shall endeavour to keep the front door open so as to discourage all who are used to using back doors and other means. Our mantra shall be that the front door works better,” he said.

He pleaded with members who have left the party to come back so that “we all shall join hands for the difficult task in the months ahead’’.

According to Nwosu, to defeat an incumbent governor is not an easy task, but PDP can do it.

“We will do it not by any unfair means but by reconnecting to the people and re-convincing them that PDP provides the best platform for relieving the burden of everyday living of Anambra people.