Emir Sanusi To Political Leaders At Sallah: Caution Your Followers Against Violence 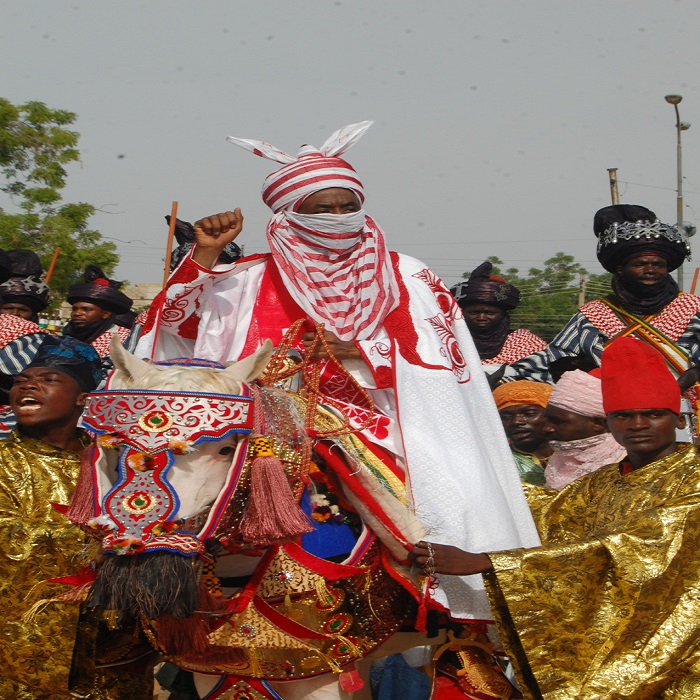 The Emir of Kano, Muhammad Sanusi,  has called on political leaders to caution their followers against acts of violence. Sanusi made the call on Sunday during the traditional Hawan Nasarawa at the Government House in Kano. ‎‎
‎
“I am calling on political leaders to caution their followers against‎ political violence and thuggery,” he said. He also urged the government to create ‎employment for youths in the country in order to reduce the economic hardship being faced in the country.

“If the youths are employed or empowered, the level of hardship faced by many families will reduce,” he said.‎ The monarch also called on the Federal Government to revive agriculture in order to attain self-sufficiency in food production.‎

He prayed for peace, tranquillity and unity in the country and the safe return of Nigerian pilgrims from the Holyland.‎ Earlier, Gov. Abdullahi Ganduje had said that the state government had completed two hospitals with 500 beds.

‎”We completed two hospitals with 500 beds ‎and we provided them with state of the art equipment,” he said.‎

He said President Muhammadu Buhari  ‎had recorded impressive success in the fight against insurgency and other security challenges in the country.

Ganduje restated his commitment to the protection of lives and property of residents in the state.‎ He also said that the state government had distributed 30 vehicles to security agencies in the state.‎

“We will continue to assist security agencies as part of the government’s commitment toward ensuring sustainable peace and security in the state,” he said.