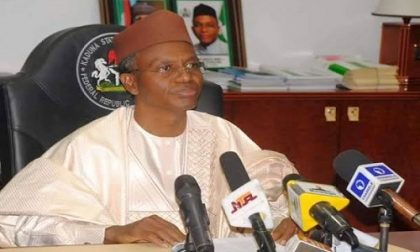 Top notchers of the Governing All Progressives Congress have been reacting to the comments attributed to Women Affairs Minister Aisha  Jummai Alhassan in respect of her loyalty and interest regarding the 2019 elections.

The latest is from the Kaduna State Governor Nasir El Rufai who described her vituperation as normal and expected.

Governor El Rufai who had an audience with President dismissed rumors being peddled  in some quarters regarding his presidential  ambition describing them as baseless and mischievous.

The Governor said the APC committee on True Federalism which he chairs is working assiduously towards meeting the expectations of the nation’s majority on the unity, stability and development of the country.