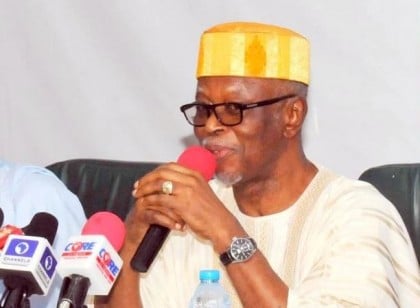 Following Thursday’s visit of the National Chairman of the All Progressives Congress (APC), H.E. Chief John Odigie-Oyegun to the Aso Rock Villa, the attention of the Party has been drawn to surprising speculations in some sections of the media on the visit.

For the records, the APC National Chairman only met with the Chief of Staff to the President, Abba Kyari. He was not aware neither was he part of the reported meeting between the Vice President, H.E. Yemi Osinbajo, SAN and a former National Chairman of the Peoples Democratic Party (PDP), Senator Ali Modu Sheriff.

The APC National Chairman did not visit the vice president on the day in question and has equally not met Senator Ali Modu Sheriff in over two years.

Linking the APC National Chairman’s visit to the Aso Rock Villa to media reports of Senator Ali Modu Sheriff’s plans to join the APC is an effort to cause confusion and disaffection in the Party in Borno State. It should be noted that the membership of the APC is negotiated at the ward level of intending entrants, irrespective of status.

The Party hereby calls on its members, stakeholders and indeed the general public to disregard the speculative report.