According to a statement issued on Facebook by “Atiku Media Office” the announcement followed consultations the former vice president had with party leaders and stakeholders across the country. 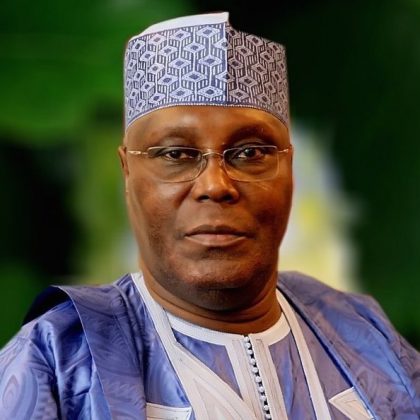 Abubakar , on his facebook  page, said he was “returning home to the PDP” as the issues that led him to leave the party had been resolved.

“Some of you may know that I was elected Vice President under the banner of the PDP, which is the political party I had helped to found some 10 years before.

“And, some of you may also know that I left the PDP four years ago when I believed it was no longer aligned to the principles of equity, democracy and social justice upon which we had founded it.

“I joined the APC as I had hoped it would be the new force that would help improve life for our people and I was excited about the party’s manifesto to create three million new jobs a year.

“The result has not been the change people had been promised or voted for, as in the last two years almost three million Nigerians have lost their jobs.

“Today, with a record 25 per cent of people aged 18-25 and unemployed, I can see how difficult it is for our youths to find a job.

“The key to creating jobs is a strong economy and that is what we are currently lacking,” he said.

Abubakar declared, “So, today I want to let you know that I am returning home to the PDP as the issues that led me to leave it have now been resolved.

“It is clear that the APC has let the Nigerian people, and especially our young people, down.”

He explained that he decided to speak on “Facebook Live” because he wanted to reach as many young people as possible “as I have an important announcement to make about the future of Nigeria.”

He added that he decided to speak on the facebook to the youth who, according to him, represent the future of Nigeria.

Abubakar said that through his travels across the country, he found out that the concern of the youth was how to secure a job to sustain them or begin a family.

He added that he also discovered through his journeys that without the security of a job Nigerians could not have security in the country.

“So, without jobs there is no future for you or for Nigeria.

“And, I also know as a parent that the older generation is also concerned about jobs for their children and, too often today, for themselves as well.”

The former vice president said that creating jobs was something he knew about as he had created over 50,000 direct jobs and 250,000 indirect jobs in his own State of Adamawa.

“I also know how the government can help create the right environment for businesses to create jobs.

“When I was Vice President in 1999, I was responsible for liberalising the telecoms sector which enabled us to increase the number of people who could access a phone.

“This transformation resulted in the creation of hundreds of thousands of new jobs from the top-up card vendors you see on every street corner to the many new businesses that fed off the mobile phone revolution.”

Responding to some issues, Abubakar said he met young people every day, adding, ”I have children and grandchildren and most of my employees are youths.

“The key to knowing what young people want is to listen to them. I’m good at that. ”

He added that young people on social media told him that their number one challenge was job.

“Terrorism, militancy, kidnapping, and other forms of exuberance that may lead to criminality are a symptom of the disease of joblessness.

NEWER POSTSaraki Commiserates With Omu-Aran People Over Passage Of Olomu
OLDER POSTTerror Attack Alert: FG says No Cause for Alarm