A group, Ajimobi Forum for Good Governance (AFOGG), has urged members of the All Progressives Congress (APC) in Oyo state to support the party leadership in ensuring a rancour-free council polls. 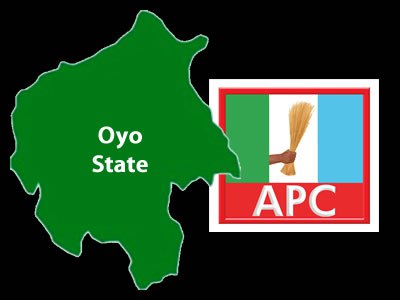 The Group Coordinator, Mr Dauda Kolawole, made this known in a statement made available to newsmen in Ibadan on Monday.

The News Agency of Nigeria (NAN) reports that the group made the call as preparation commences for the forthcoming council polls in the state.

The State Independent Electoral Commission (OYSIEC) has announced May 12 as the new date for the much-anticipated local government elections in the state.

The group appealed to party members across the state to embrace peace and dialogue during the process of selecting candidates for the election.

It said that the appeal was necessary to maintain the existing cohesion within the party and not to disrupt the pervading peace in the state.

The group noted that the APC had attracted some political gladiators from opposition parties in the state through the accommodating capabilities of Gov. Abiola Ajimobi.

“We now have enormous responsibility of ensuring a rancour-free selection process. Satisfying every components within the party and maintaining internal democracy require great wisdom from the party leadership.

“A party that has the likes of former Gov. Adebayo Alao-Akala, former Deputy Gov. Taofeeq Arapaja and former Senate Leader, Teslim Folarin requires the absolute support of members to ensure justice and fairness,’’ it said.

It charged APC members to join forces together and support the leadership to ensure a resounding success for the party at the polls.

The group congratulated the newly appointed Head of Service (HOS), Mrs. Hannah Ogunesan, whose appointment was viewed as another landmark achievement of this administration,

“Ajimobi and indeed, the party leadership, must be supported to continue to break the jinx for the party.

“We should go into the Local Government elections with a unified vigour to achieve greater success,’’ the group said.