Political Parties are not Interested in Governance but Power – CDD

The Centre for Democracy &  Development (CDD), a Civil Society Organisation (CSO) on Thursday said that political parties were more interested in power than in good governance that would bring about development. 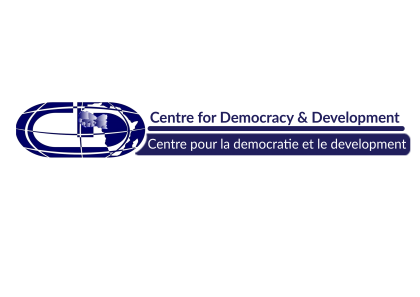 Speaking at the Nigerian Political Parties Discussion Series organised by the centre in Abuja, an ace broadcaster and journalist, Mrs Kadaria Ahmed, said parties needed to imbibe the tenets of democracy.

According to Ahmed, political parties ought to define what they stand for so as to be able to convince people to follow them.

She said that it was time for parties to set clear goals on how to develop the nation ahead of the 2019 elections and ensure that dividends of democracy were delivered to the people.

“Nigeria needs political parties that know what they are doing and not just getting into power and then forgetting about the people.’’ she said.

Mr Shehu Wahab, a Deputy Director, at the Independent National Electoral Commission (INEC), said that internal democracy in political parties still remained the major setback faced by the Commission with regards to elections.

He said for INEC to hold a credible election in Nigeria, all hands must be on deck, adding that with the support of political parties and other stakeholders, Nigeria would win.

“Ensuring that Nigeria has a credible election is not the work of INEC alone, the truth is that people are not willing to play their own part and there is little INEC can do in that regard.

“It is not a good thing that most parties are not complying with the roles and this affects our democracy,” Wahab added.

Ms Idayat Hassan, Director CDD, said that the event was organised to start a discussion ahead of the 2019 elections on what political parties had to offer to the masses.

“This is very imperative because we cannot even have the delivery of public goods and services if we do not institutionalize political party system and its goals in our democracy.

“So it takes a party to have internal democracy before it can work towards delivering development to the people, that is the reason why CDD has put up this event ahead of the 2019 general election.

“We want to start looking at all the processes of the political parties so that Nigerians can know how parties run, how inclusive they are and how democratic in the real sense they are,” the Director said.

Hassan said this would go a long way to showcase the serious political parties with good manifestos that would deliver dividends of democracy and develop the nation.

She said that with this, Nigerians would know what each party was offering them so they could hold them accountable if they fail to meet their campaign promises.

Hassan said that this was because most parties just come together to win elections without even knowing the goals of the party, adding that parties needed to have well defined processes in place.