Kaduna State Independent Electoral Commission, says it has deployed its e-voting machines in mock election across the 255 electoral wards in the state to familiarize voters with the electronic voting system. 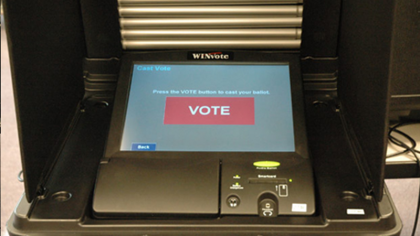 The News Agency of Nigeria (NAN) reports that the commission plans to use e-voting during the forthcoming local councils election in the state.

Prof. Andrew Nkom, the Commissioner in charge of Public Affairs and Information, told NAN on Saturday in Kaduna, that the mock election, which would run for two weeks, started on Feb 20.

“It is meant to test the speed of the e-voting equipment and also to sensitise the electorate ahead of the local government council polls slated for May 12,” he said.

According to him, votes in the mock election would not be counted, but would serve as means to identify challenges that may likely occur during the poll.

“It will also give us the kind of reaction from the voters, so that we will know how to address some of such challenges,” Nkom said.

An official of the commission, who coordinated the exercise at Rigasa ward of Igabi Local Government Area on Saturday, said most voters were not familiar with the e-voting system.

“We are trying as much as possible to enlighten the electorate on the objective of the mock exercise as most of them are ignorant of the cause.

“It takes lots of guidance and counselling for some women to come out and participate in the exercise as most women were resistant to the e-voting machine because it is new to them,” the official who declined to give her name said.

One of the residents, Malam Sabo Ibrahim, commended the development, saying it would help identify problems ahead of the proper election.

Binta Yusha’u, who voted in the mock election, said the machine was “user friendly and fast with no hitches”.

NAN reports that the agency had procured over 6, 000 electronic voting machines and recruited 25, 000 ad-hoc staff for the conduct of local government election in the state on May 12. (NAN)