I am Tired, Old, Want to Cede Power Early – Rodrigo Duterte of Philippines 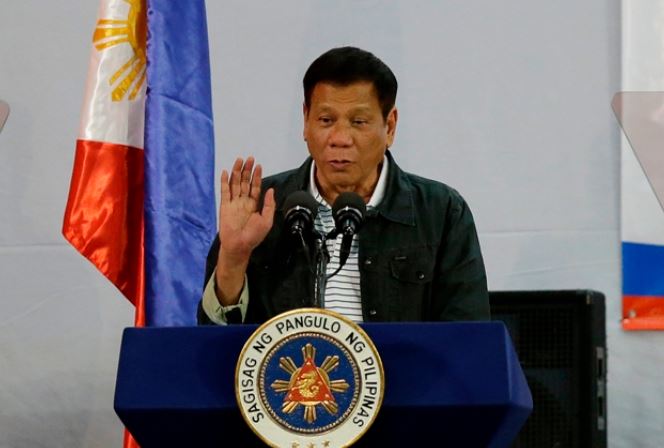 Philippine President Rodrigo Duterte said he is tired and old and would want to cede power early.

Duterte cleared the air Wednesday as he sought to dispel concerns that he will cling to power and become a dictator, saying he wants to achieve his goal of introducing federalism so that he can finish his term early.

A 19-member panel created by Duterte a month ago and composed of constitutional law experts and headed by a retired Supreme Court judge has proposed a federal model similar to the United States.

Some critics believe the move to change the constitution to facilitate that would also provide means for Duterte to hold on to power beyond 2022, when his single, six-year term ends.

But the 72-year-old said he no longer had the energy.

“I am old. I have no more ambition. I really would like to rest.”

Duterte’s lower house allies last month voted to convene a constituent assembly to revise the charter, scrapping mid-term elections next year and extending the terms of all elected officials.

The constitution was introduced in 1987 after the ousting of late dictator Ferdinand Marcos in a bloodless “people’s power” revolution.

Previous moves to change it have failed, with civil society and religious groups thwarting what they see as threats to a system designed to prevent strongman rulers like Marcos from emerging. Fears that Duterte could become an autocrat are compounded by the admiration he has expressed for Marcos.

Experts believe Duterte may succeed in changing the charter because of his public popularity and the super-majority he holds in Congress.