No crack in Lagos APC over Oyegun, says Party Chieftain

A chieftain of the All Progressives Congress (APC) in Lagos, Chief Tajudeen Olusi, says there is no crack in the state’s chapter over its opposition to the tenure elongation of Chief John Oyegun-led National Working Committee (NWC) of the party. 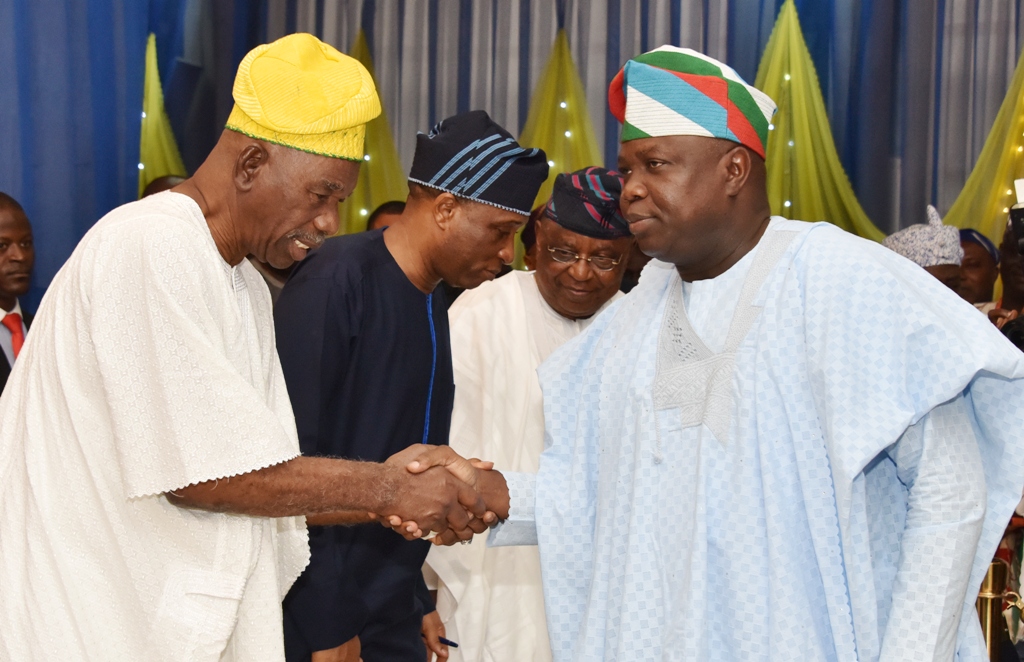 No crack in Lagos APC

The News Agency of Nigeria (NAN) reports that Olusi and other party elders in the state met in Lagos on Tuesday to take a position on the Oyegun-led executive’s extended tenure.

The state chairman of the party, Chief Henry Ajomale, had on Feb 27 attended a National Executive Council meeting of the party in Abuja where tenure extension for Oyegun-led executive was ratified by one year.

The party ‘s NEC also approved a year extension for state executives of the party.

Ajomale is the chairman of the Forum of APC state chairmen.

Olusi told the News Agency of Nigeria (NAN) in Lagos that the state chapter’s position on the issue, despite the fact Ajomale was present at the Abuja NEC meeting, did not mean a crack in Lagos APC.

“There is no crack in Lagos APC. Nothing like that at all. Our opposition to the tenure elongation should not be misinterpreted.

“Yes, Chief Ajomale was in Abuja where the tenure of the National Working Committee was extended by one year. That was in Abuja.

“He came back home to Lagos and submitted his report to the party here for deliberations and consideration.

“The elders of the party in the state met yesterday on the issue and we took the state position, which is that we are opposed to the tenure elongation.

“We based our position on the party’s constitution which was clear about tenure of executive officers.

“It is normal in a democracy to have different people having different positions on issues.

“What we did yesterday was just an expression of our democratic right,” he said.

Asked if Ajomale was present at the Lagos meeting where the position was taken, Olusi gave an affirmative response.

He said the position was the consensus of everyone present, including Ajomale himself.

He said the atmosphere after the meeting was lively, indicating that Lagos APC was one house.

“Chief Ajomale was at the meeting as well as other elders. The atmosphere was lively. We took photographs and exchanged pleasantries. There is no problem in Lagos APC,” he said.

Efforts to speak with Ajomale on the issue proved abortive as he did not respond to phone calls. (NAN)