The President of ECOWAS Commission, Jean-Claude Brou, has called for the peaceful and successful completion of the Sierra Leone presidential run-off election scheduled for March 27.

Mr Paul Ejime, a member of the ECOWAS Observer Mission, quoted Brou, as saying this in a statement made available to the News Agency of Nigeria in Abuja on Saturday. 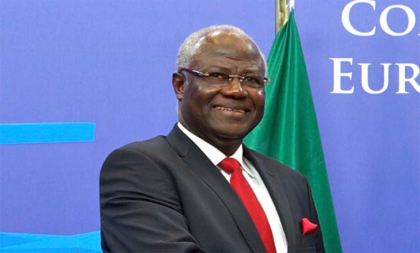 Ejime said Brou made the call on Saturday in a goodwill message at the end of his three-day solidarity visit to the West African country.

Brou, who lauded Sierra Leoneans for the peaceful conduct of the March 7 general elections, pledged that ECOWAS would continue to give the necessary support for the successful completion of the presidential run-off election.

“As in the first round, ECOWAS will support Sierra Leone by deploying election observers during this run-off to ensure a fair and credible atmosphere that leads to outcomes that reflect the will of citizens’’.

He stressed the need for inter-agency cooperation for successful and credible electoral process, so as to further consolidate democracy in that country.

The ECOWAS Commission leader also admonished political stakeholders not to incite their supporters to violence.

Brou enjoined civil society organisations, traditional and religious leaders and the media, to work for the successful and peaceful completion of the electoral process.

The commission’s president reiterated ECOWAS’ total commitment to the entrenchment of democracy and the rule of law in the West African sub-region.

Brou also reaffirmed ECOWAS’ “unwavering support for the government and people of Sierra Leone at this important time of the country’s political history”.

Ejime said in the statement that during Brou’s stay in Sierra Leone, he was received by President Ernest Koroma, who assured him of his commitment to ensure smooth transfer of power to his successor.

‘‘The commission president equally met with representatives of the Women’s Situation Room and the Mano River Union.

‘‘During his engagements with the stakeholders, the ECOWAS Commission president also visited the Situation Room of the ECOWAS Election Observation Mission,’’ Ejime said.

Ejime said in the statement that NEC had taken delivery of the ballot papers for the March 27 election.

He also stated that Koroma had also made a national broadcast imploring his compatriots to eschew violence and work collectively for the peaceful and successful completion of the electoral process. (NAN)