The Sierra Leone’s National Electoral Commission (NEC) has expressed its gratitude to institutions and individuals within the international community, who provide support to the commission and to the holding of 2018 general elections. 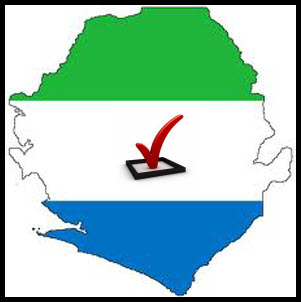 The commission’s appreciation was in a statement issued by the NEC Chairman, Mohamed Conteh and made available to the News Agency of Nigeria (NAN) on Monday in Abuja.

The commission in particular commended the development agencies of the Canada, Ireland, the European Union, Nigeria and the United Kingdom for their financial contributions.

“”We thank United Nations Development Programme for its technical and professional advisory support.’’

Others include the United Nations Special Representative of the Secretary-General for West Africa and the Sahel, Mohamed Chambas, for having mediated critical political discussions,

“”In addition to the specific contributions cited here, the commission appreciates the invaluable moral support, extended to the nation of Sierra Leone throughout the duration of the electoral process. ‘’

The NEC also expressed its gratitude to the national institutions and individuals across the country who contributed to the second democratic transfer of power since the end of civil war.

It noted that over 80 per cent of registered voters participated in the elections held on March 7 and the run-ff held on March 31.

“This is a very high participation rate particularly when compared with other countries in the region.

““It demonstrates the will of Sierra Leoneans to determine national leadership in a way that is peaceful.” (NAN)