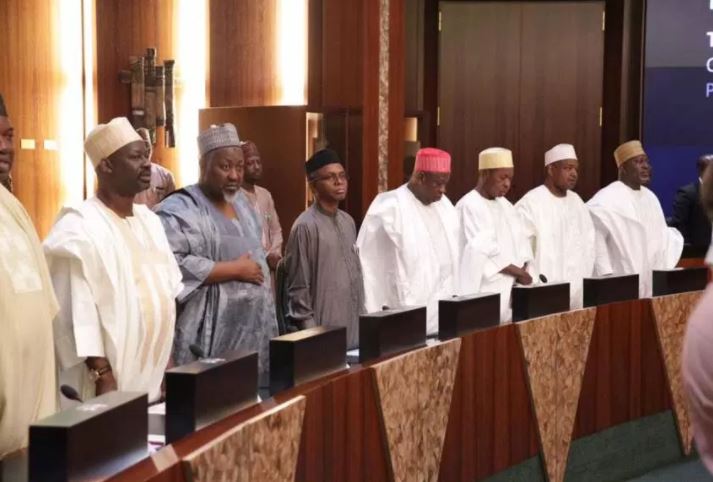 Chairman of Nigeria’s Governors’ Forum (NGF), Gov. Abdul’aziz Yari of Zamfara, says state governors cannot enforce maximum security in their domains because they are not in control of security agencies.

Yari told newsmen in Abuja at the end of an NGF meeting on Thursday that the governors were working energetically with the federal government to tackle the lingering security challenges across the nation.

The Third NGF meeting of the year was convened to address critical issues facing the governors in their states in relation to the Federal Government.

‘We are not in control of either the soldiers or the police or any other security men but what we can do is to sit down with security men in our respective states to support security agencies.

‘’In terms of logistics, we are doing our best and we will continue to support the federal government in this regard.

The NGF chairman also told newsmen that the security challenge facing the nation was a global phenomenon which governments all over the world are striving to contain.

‘’The security situation in the country is a global issue and everywhere people are dealing with the security problem.

“The problem of security is what was inherited before the administration of today and before some of our governors emerged as governors and so as governors, we are working to put in our best to support the security agencies in our respective states with logistics; that is what we can only do. 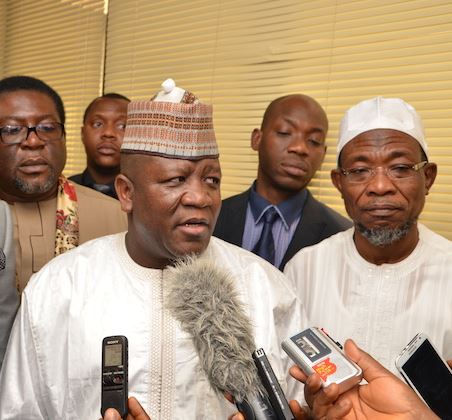 ‘’This is our first meeting in the new secretariat of the NGF and we receive briefings from the Minister of Trade on the Agreement Establishing the African Continental Free Trade Area (AfCFTA).

” We looked at and deliberated on the best way for Nigeria to benefit from the agreement that was signed.

“We also received briefings from the Metrological Centre with focus on Nigeria as a whole on expected rainfall pattern so that we can make proper planning for our farmers.

‘’We also received briefings on Stamp Duty Revenue from a consortium of consultants and we set up a three-member committee consisting of governors of Ogun, Niger and Akwa Ibom states, to find out how we can benefit from the stamp duty revenue received over the years.

‘At the same time we got briefings from the Traffic Management; we observed that it helps in two areas. One to get revenue generated and two, to help insecurity,

“‘Most of the countries in the world when you have your car, whenever it is stolen, it can be identified easily through that process.

‘We are trying to import that system in Nigeria so that Nigerian people can benefit from it.

‘This is what is done all over the world. When a car is stolen, it can be identified easily and also on the issue of revenue generation.

NAN reports that the NGF meeting also deliberated on other issues including the proposal to replicate  EduMarshals Project at the state level, how to harness traffic management System at the state level as well as the TV  /Radio Rates Collection Project.