Director-General of National Broadcasting Corporation (NBC) Ishaqu Mobiddo Kawu, on Wednesday, says the media is critical to the nation’s democratic dispensation and as such, should avoid divisive broadcast.

Kawu said this at the 69th General Assembly of Broadcasting Organisation of Nigeria (BON) in Lagos with the theme “Role of the Media in Electoral Process.”

Represented by NBC Director of Research, Dr Mujtaba Sada, Kawu urged the media to always abide by the
code of conduct of the NBC Act.

According to him, the media has been an important pillar in Nigeria’s democratic system.

He added that “the media plays critical role in the electoral process by acting as major source of information and providing reliable details to more balanced and opinion formation among the electorate.

“Nigerian media have been critical stakeholders in the nation’s democratic dispensation since 1999 when the rule returned to the country.

“They have actively been involved in setting agenda for political discourse, providing perspectives and direction on political debates.”

The NBC boss reminded broadcast stations of their undertaking to use their platforms for political enlightenment and promote national unity.

He added that “as the country approaches electioneering period, it would not be out of place to remind ourselves that election could best take place in peaceful atmosphere.

“In crisis situation, it is the responsibility of a broadcaster not to fuel the situation with divisive rhetorics that threaten and compromise the corporate existence of Nigeria as sovereign state. ”

He, however, said the media and politics had ties and the role of the media in educating the electorate cannot be overemphasised but should be done with the interest and unity of the country at heart.

The Chairman of BON, Mr John Momoh, said there were several examples of where media content had been source of conflict. 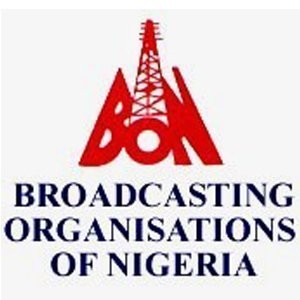 He explained that “there are also examples of how misguided broadcast caused upheaval in the society just because due regards to the rights and wishes of people were not considered.

“As broadcasters, we could do more by supporting media literacy among the public, by explaining the complex world we live in, as well as explain how we report and arrived at our own news judgement.”

Dr Christopher Kolade, who spoke on “Hate Speech, The 2019 Election and the Nigerian Media”,
said hate speech was as a result of media practitioners’ failure to give deep thought to why they were in the industry.

Kolade, who stressed the need for restoration of lost values, urged the media to exhibit greater accountability and be transparent, saying everyone should adopt values which respect others.

The CEO of Daar Communication, Chief Raymond Dokpesi, John Momoh and Sen. Ben Bruce and officials of several broadcast stations were at the event. (NAN)