The National Chairman of Peoples Democratic Party (PDP), Mr. Uche Secondus, has expressed optimism that the party would retain Ekiti State in the July 14 governorship election. 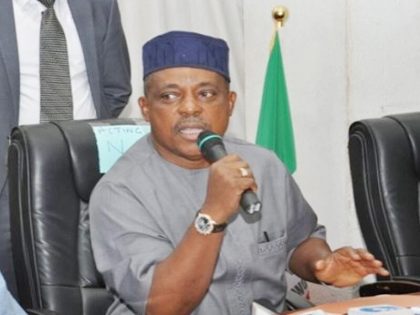 Secondus told newsmen on Monday in Abuja that Ekiti remained a PDP state and that the party was following the right path to elect its flag-bearer in a primary election scheduled for Tuesday.

“The processes have begun; we have done the three-member committee and elected ward delegates. On Tuesday there will be state Congress to elect our candidate.

“Thereafter, the campaign will start and you know the governor has done very well in that state. So, we are sure that the state will still remain PDP state,’’ he said.

The chairman, however, decried the “arrest, harassment and intimidation of people, especially the opposition members by the ruling party in the country.

“We are not in the military era. Look at how Sen. Dino Melaye was also treated. A senator of the Federal Republic of Nigeria should be treated with all amount of civility.

“We believe that if he has done anything wrong, let him be taken to court in a good manner and not like a common criminal.

“So, you can see that more of things like this will be coming to the opposition; if they could treat their own person like this.

“Remember when we raised the alarm of the conspiracy theory of the All Progressives Congress (APC)? You know what is happening to distinguish Sen. Shehu Sani.

“He has been framed up and quite a number of people, they just pick them and label them.

“That is not going to resolve the problem; don’t turn Nigeria into a police state, everybody is living in fear as if we are in the military regime,” he said. (NAN)