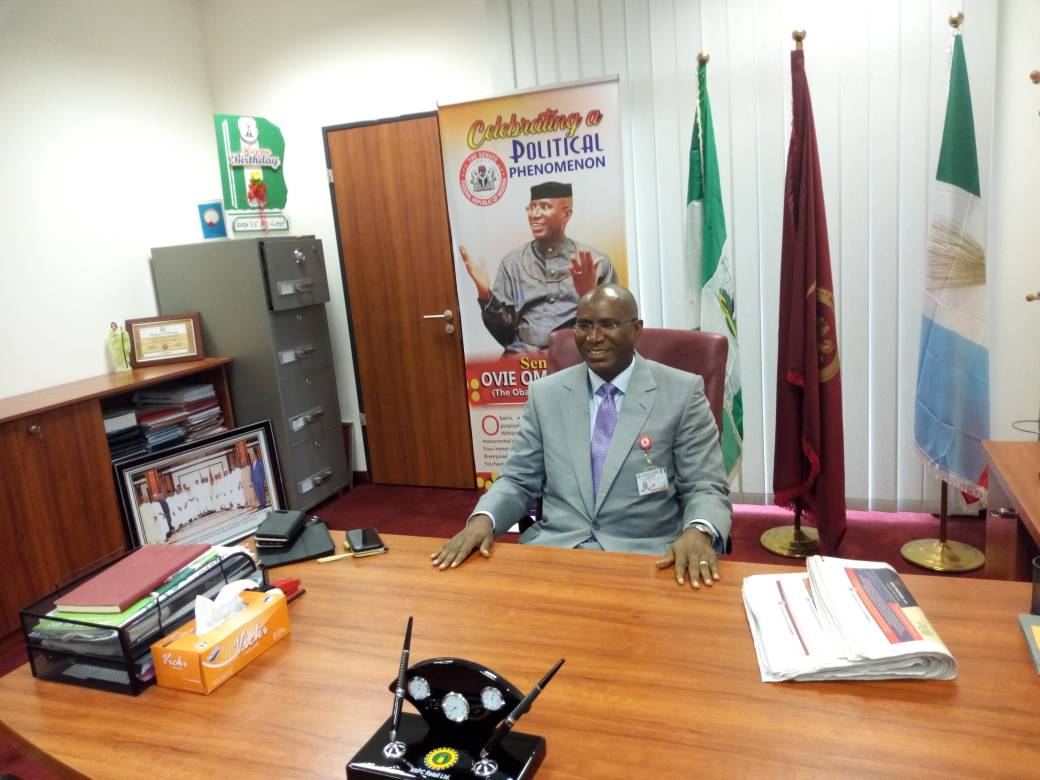 NAN: Embattled Sen. Ovie Omo-Agege, who vowed to attend Tuesday’s plenary of the Senate in compliance with a court decision failed to turn up.

The Senate on April 2, suspended Omo-Agege (Delta-APC) over a “dissenting comment’’ on a decision of the Upper Chamber on adoption of the conference report on INEC Commission Act (2010) Amendment Bill.

Omo-Agege, however, went to court to challenge his suspension and the court in its ruling, declared the action unconstitutional, saying that the Senate could not suspend a member beyond 14 days.

The Senate appealed the ruling but said in a statement that while it was waiting for a stay of execution, it would not stop the lawmaker from resuming plenary.

Omo-Agege’s suspension, which was expected to last for 90 legislative days, followed a report of the Senate Committee on Ethics Privileges and Public Petitions.

Chairman of the committee, Sen. Sam Anyanwu, had said the committee’s probe followed a Point-of-Order raised by Sen. Dino Melaye (Kogi-APC) on the matter.

According to Anyanwu, Melaye drew Senate’s attention to a media briefing by Omo Agege, faulting senate’s adoption of the conference’s report on Feb.14.

He said that Melaye further intimated the Senate that the media briefing by Omo Agege indicated that the resolution of the Senate was targeted at President Muhammadu Buhari.

His suspension was based on his comment that amendment to section 25 of the Electoral Act, 2010 (as amended), bordering on reordering of elections sequence was targeted at President Muhammadu Buhari.

Justice Nnamdi Dimgba of Federal High Court on May 10, held that while the National Assembly had the power to discipline its erring members, the premise on which Omo-Agege’s suspension was anchored was illegal. 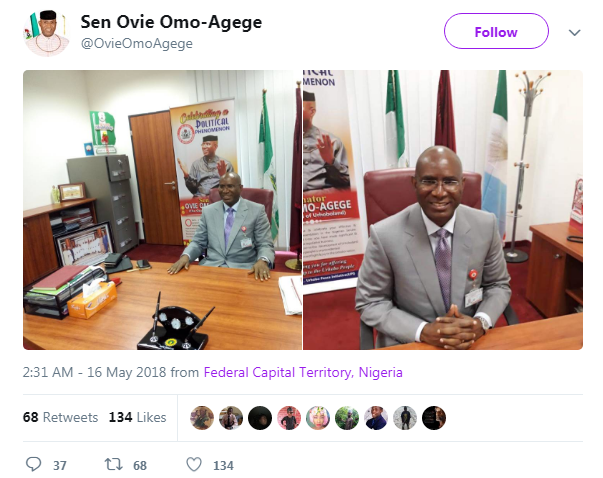 Although the court refused to grant any of the seven prayers sought by the senator, ‎it held that the suspension could not hold on grounds of the “violence” it did to the Constitution.

The judge noted that from the wording of the report of the Senate’s Ethics and Privileges Committee which recommended Omo-Agege’s suspension, he was punished for filing a suit against the Senate after apologising to the legislative house over the allegation levelled against him.

“Access to court is a fundamental right in the Constitution, which cannot be taken away by force or intimidation from any organ,” the judge ruled.

The judge also added that the Senate’s decision to punish Omo-Agege for filing a suit against the Senate and for punishing him while his suit was pending constituted an affront on the judiciary.

He added that even if the Senate had rightly suspended the senator, it could only have suspended him for only a period of 14 days — as prescribed in the Senate rules.

He also ruled that the principle of natural justice was breached by the Senate’s Ethics and Privileges Committee by allowing Senator Dino Melaye, who was the complainant, to participate in the committee’s sitting that considered the issue and also allowed him to sign the committee’s report.

He also ordered that the senator is paid all his allowances and salaries for the period he was illegally suspended.