Some members of the All Progressives Congress (APC) in Imo, on Thursday, called for the sack of Sen. Osita Izunaso, the party´s National Organising Secretary. 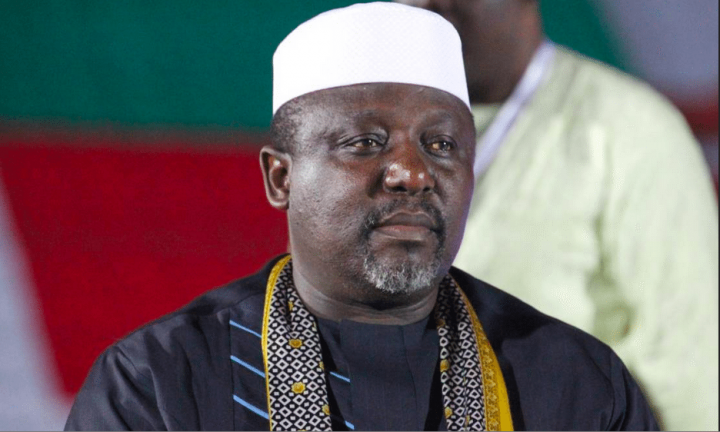 The members, who protested at the party’s National Secretariat, Abuja, with placards, accused Izunaso of compromising standards in Saturday´s local government congress in the state.

When asked on his business with aggrieved members of the party from Imo, Kassim said that he had “interest’’ in their problem.

In a complaint letter addressed to the APC National Chairman, Chief John Odigie Oyegun, dated May 17, the protesters also called for a fresh ward congress in Imo and other states where there were issues with the exercise.

The letter read: ´´We humbly wish to write and formally notify you of our grievances toward the recently-concluded ward congress of the party in Imo.

´´The National Organising Secretary of APC, Sen. Osita Izunaso, is bent on causing confusion in Imo to frustrate Rochas Okorocha out of the party.

´´We are not comfortable with the development and we demand that he should be sacked immediately.

´´We also want to notify the National Working Committee that Sen. Osita Izunaso is playing the script of opposition to deliver South-East for his sole interest.´´

The News Agency of Nigeria (NAN) reports that no official of the party was around to address the protesters.

Besides, they were not allowed access into the party’s secretariat premises, but Kassim found his way in and claimed to have dropped the letter of protest. (NAN)