A Chieftain of the People’s Democratic Party (PDP) in Kaduna State, Dr Ja’afaru Sa’ad has associated the protracted security challenges affecting the country to the relegation of the key roles played by traditional rulers in conflict mitigation. 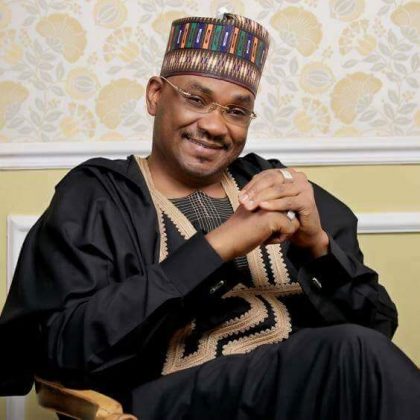 Sa’ad, who holds the traditional title of Galadiman Ruwan Zazzau, told the News Agency of Nigeria (NAN) in Kaduna on Monday, that the traditional rulers were closer to the people than government.

He added that because they live among their people and knows everyone, it was easier for them to fish out suspicious characters that may constitute the security threat to their communities.

According to him, the system works in such a way that potential threats are eliminated or tamed before becoming a communal issue.

“In no distant past, one cannot just enter a place, particularly in the northern part of the country and settle without showing himself to the village head or district head.

“You must seek their approval and they would carry out a background check on you to ensure you will not constitute a security threat to the community and their people before you are given the permit to stay.”

He said that situation was, however, different lately because of the continued disregard to the contribution of traditional leaders to social harmony, peaceful coexistence and the maintenance of peace and security.

He nonetheless noted that whenever there is a crisis in a community, the government still ran to the traditional leaders seeking for their intervention to resolve disagreements and restore peace.

“Unfortunately, these are the same people governments no longer have regard for, treat them with disdain and only come to them when things get out of hand.

“Take Kaduna State for example where more than 4,000 village and district heads were sacked by the state government.

“The government just wake up one day and decided to interfere with the centuries-long tradition of the people that even the British did not tamper with during the colonial period,” he said.

He also spoke on the recent appointment of 77 district heads in Kaduna state to replace the sacked ones, saying that the action was illegal.

Sa’ad claimed that High Court in Kafanchan had issued a restraining order against the government on the sack of the over 4, 000 traditional chiefs.

He advised the state government to reinstate the sacked traditional heads and encourage them to restore peace and tackle criminality in their domains.

“What we need in Kaduna state is the creation of more districts in view of the increasing population in the state; collapsing the districts into just 77 would make it nearly impossible to carry out their traditional tasks effectively,” Sa’ad said.