The Woman Leader of the All Progressives Congress (APC) in Lagos State, Mrs. Jumoke Okoya-Thomas, has urged women to collect their Permanent Voter Cards (PVCs) to enable them to vote in 2019. 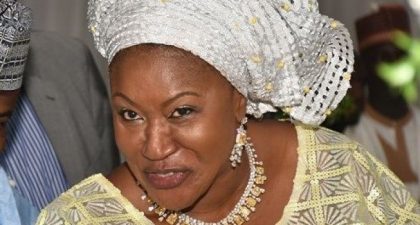 Okoya-Thomas, made the appeal on Tuesday in Lagos in a statement by her Media Officer, Mr. Oladipupo Awojobi.

She promised to mobilize support for both Gov. Akinwunmi Ambode and President Muhammadu Buhari’s re-election bids.

According to the statement, as the nation celebrates another Democracy Day, it is important to encourage our women to show more interest in politics.

“Women should continue to be part of the electoral processes in Nigeria and this won’t happen except they avail themselves time to participate in the ongoing Continuous Voter Registration (CVR) and get PVCs to vote in elections.

“Our women in Lagos should not renege on their efforts of taking an active part in the political development of the state and the country,’’ the statement quoted Okoya-Thomas as saying.

The woman leader added that all hands must be on deck to ensure the continuation of massive growth and development in the state and in Nigeria.

She said that both Ambode and Buhari meant well for the citizens, hence the need to mobilize for their re-election in 2019.

Okoya-Thomas, a three-time member of the Federal House of Representatives, challenged women not to take the back seat in efforts to deepen democracy in the country.

“Those who have written Nigeria off can now see that democracy has come to stay in the country.

“I am proud of Nigerian women and those in Lagos State in particular.

“They have been part of our political development and we will ensure that they continue to play active roles in the state and in the country,’’ she said.

Okoya-Thomas had on Saturday visited Chief Folashade Tinubu-Ojo, the Iyaloja General of Nigeria, and National Woman Leader of President Buhari Campaign Group and solicited her partnership in mobilizing women for the 2019 elections.

She congratulated Tinubu-Ojo on her appointment, saying that the APC-led government had impacted positively on Nigerians.