The President’s message to Nigerians as we mark another Democracy Day is a demonstrate purposeful leadership, candor, honour and courage, Mr. Tunde Braimoh, a Lagos lawmaker has said. 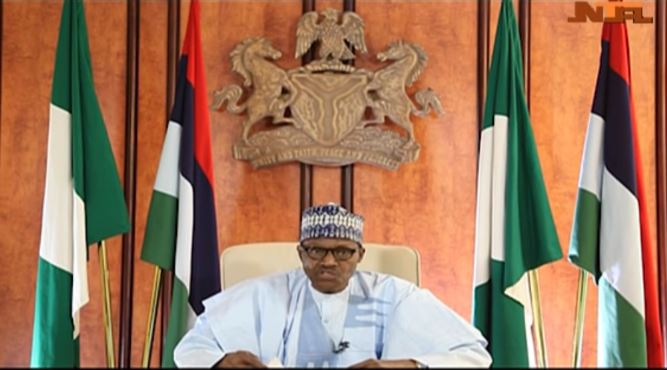 Braimoh, Chairman, Lagos State House of Assembly Ad hoc Committee on Strategy and Security, made the commendation in a statement he issued on Tuesday in Lagos.

The News Agency of Nigeria (NAN) reports that the lawmaker, representing Kosofe Constituency II in the Assembly, is reacting to President Muhammadu Buhari’s national broadcast to commemorate 19 years of democracy and his third anniversary in office.

“By that insightful speech, the President has displayed great intuition and has rekindled the hope of the common man.

“Standing on the tripod of security, corruption and the economy, the President lucidly addressed the worries and concerns of not a few countrymen and women,” Braimoh said.

The lawmaker commended Buhari over government’s activities on security, which include the subduing of insurgency, capacity for the military and “de-radicalisation’’ of the insurgents by way of rehabilitation.

He lauded the President for not attributing the successful strides on security exclusively to himself or to his government but to the cooperation and collaboration of elders and good people of the affected areas.

Braimoh added: “The President rightfully basked in the popularly and internationally recognised prowess of his administration in combating corruption, one of the major challenges plaguing our polity.

“Wastage, leakages and pilferage are perhaps the most inflictive of our economic problems. His speech portended great hope as he gave indication of renewed and even more efforts to tackle the `hydra headed monster’ of corruption.

“Perhaps the most heart warming part of the President’s speech is on the economy. The President spoke glowingly on his administration’s efforts to create wealth and reduce poverty.”

The lawmaker also commended the government for supporting the weak, the vulnerable, the youth, fresh and non-graduates, to find their feet

According to him, the school feeding programme is promoting healthy living and providing jobs.

The lawmaker, who lauded the President for unprecedented investments in transportation, added that importation of rice was reduced by 90 per cent.

According to him, this is impacting on the foreign reserve and by implication the economy.

Braimoh said: “His announcement on the “Not Too Young To Run Bill’’ depicts a father of the nation with undying love for the youth, manifesting his eagerness to transmit power whenever expedient.”

NAN reports that the President, in his nationwide broadcast on Tuesday, expressed his re-commitment to achieving the three cardinal points of security, corruption and economy, to lead the country into a new era of justice and prosperity.

In his scorecard, Buhari said that his administration had delivered on security, fight against corruption, employment, transport, power, education among others and was working hard to revamp the economy.

The President also commended Nigerian women and thanked them for the motherly roles they play in the nation.