The Independent National Electoral Commission(INEC) says seven political parties have been cleared to participate in the Ibarapa State Constituency by-election billed for Saturday. 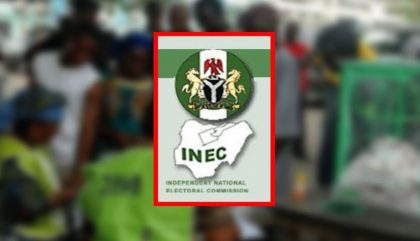 Mr. Mutiu Agboke, the Resident Electoral Commissioner(REC) in Oyo State, disclosed this in Eruwa on Wednesday at a stakeholders meeting on the by-election.

Others, he said, are Hope Democratic Party,  Nigerian Peoples Congress and Mega Party of Nigeria.

He further disclosed that the by-election would be conducted in 140 polling units across the 10 registration areas in the constituency.

The REC stated that the commission had recruited and trained 610 officials for the poll.

”The figure comprised of both permanent staff of INEC and ad-hoc officials with corps members to be deployed as presiding officers at polling units.

”Smart Card Readers(SCRs) will be used and we are confident about the efficient services of the card readers;  but manual accreditation would not be discouraged when necessary.

Agboke assured residents of the area that the commission would conduct a transparent, free, fair and credible by-election.

He enjoined voters in the area to exercise their civic duty by turning out to elect someone who would represent them in the state House of Assembly.

Agboke also said there would be adequate security before, during and after the election, adding that security agents and the commission had perfected plans to ensure protection of lives and election materials.

The News Agency of Nigeria(NAN) reports that the traditional ruler of Eruwa, Oba Samuel Adegbola, implored all eligible voters in the area to participate in the election.

The monarch warned the people against hooliganism and violence during and after the poll.

The by-election was to fill the vacant seat created by the death of Michael Adeyemo who had represented the constituency.