Award of GCFR to Abiola acknowledges he won 1993 election — Tinubu

The National Leader of the All Progressives Congress (APC), Asiwaju Bola Tinubu, says President Muhammadu Buhari declaring June 12 as Democracy Day and the award of Grand Commander of the Federal Republic (GCFR) to late MKO Abiola serves as an acknowledgement that he won the 1993 election. 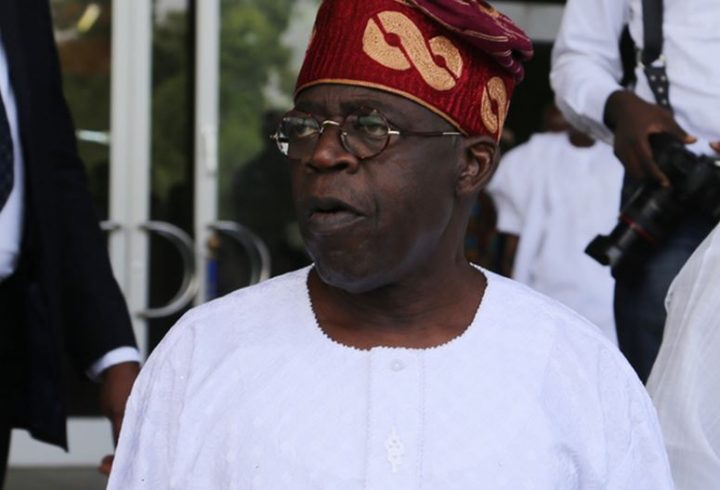 Tinubu made the assertion in a message entitled “The Immortalisation of Chief MKO Abiola”, made available to the News Agency of Nigeria (NAN) on Thursday in Lagos by his Media Officer, Mr Tunde Rahman.

He said that the award of the GCFR was also an acknowledgement that Abiola should have been allowed to serve as president after winning the free and fair expression of the popular will of the people.

Buhari had on Wednesday declared June 12 as new National Democracy Day with effect from 2019.

Buhari also said that the presumed winner of the June 12, 1993 election, Chief MKO Abiola, would be posthumously awarded the highest award of GCFR.

He added that Abiola’s running mate in the election, Amb. Baba Kingibe, and late human rights lawyer, Gani Fayehinmi (SAN) would be vested with Grand Commander of the Niger (GCON).

Tinubu said that the declaration was a good news for democracy and a proud moment for Nigeria.

According to him, Buhari ‘s decision has corrected the wrongs of the past.

“Along with all democratic and fair-minded Nigerians, I welcome the news that June 12 will replace May 29 as Democracy Day. I too applaud Buhari for making this courageous and rightful decision.

“He has shown all Nigerians and the world that we have the moral fortitude to objectively face our history, learn from it and improve our society by virtue of this learning.

“June 12, more than any other day, symbolises the struggles and sacrifices made by countless Nigerians to establish democracy as our way of national governance.

“This proclamation by Buhari will forever immortalise the sacrifices made by these patriots who gave off themselves in service of such a noble and rightful purpose,” he said.

He said that Chief Fawehinmi was a fearless advocate for democracy and the human rights of the common man.

According to him, whenever and wherever late Fawehinmi speaks, it was the language of truth to power.

Tinubu said that the designation of June 12 as Democracy Day was the fulfillment of the dream and efforts of many of the progressives.

“This fulfillment comes with a civic responsibility. We must consecrate this new holiday and ourselves so that we make it a living holiday.

“More so than ever before, the spirit of June 12 must live within us. It must guide our politics and how we govern ourselves.

“We must continuously dedicate ourselves to the freedoms and rights as well as the duties that democracy bestows on us all, political friend and foe alike, ” he said

Tinubu said that the presidential proclamation should forever bury ill-conceived notion that President Buhari was ambivalent (opposing) to democracy.

According to him, President Buhari has shown that he not only respects democracy but duly honors it.

“Democracy may be rough and untidy at times but it remains the form of government best suited for a society as diverse and multifaceted as ours.

“Today, the sun shines a bit more brightly. The sound of democracy peals more resolutely across the land. The sacrifices of Chief Abiola and others have been affirmed by the Federal Government he once should have led.

“Democracy has been given its proper seat. History has been corrected to the extent humanly possible. Nigeria continues to define its better self.

“Of this new Democracy Day and what it symbolises, we all should be equally proud,” he said. (NAN)