Ogidi, who made the call in an interview with News Agency of Nigeria (NAN) in Abuja, said that developments in the polity were endangering democracy in the country. 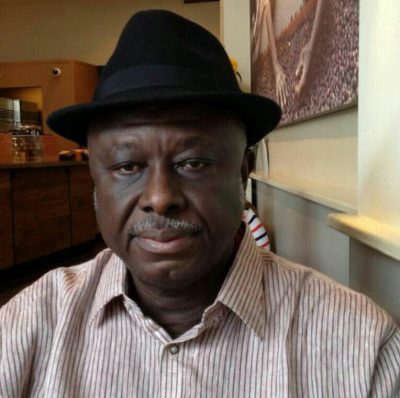 He said that though Nigerians and the political parties were ready for the 2019 elections, the coast appeared not clear for a credible election.

The party chieftain accused the All Progressive Congress (APC) of plotting to rig the 2019 elections, saying it was against the principles of democracy.

He said that the Executive was using its powers to undermine the Judiciary and the Legislature, adding that both arms of government also suffered most as a result of successive coups in the country.

He said that though the judiciary was trying to get out of the wood, the legislature which was the symbol of democracy was not doing so as a result of the negative narratives about the organ.

Ogidi said that the legislature had been accused of corruption and that such had undermined its legislative duty of performing oversight functions on the Executive.

“Democracy must be protected for it is now endangered species in Nigeria, and the media must not let this happen.

“We need to protect this democracy; God will not forgive us if we do not protect democracy in this country; we are blessed with human and natural resources.

“The media must rise up and ask questions and should not be sectional about it.

“Look at the issue of mace at the Senate, it is simply executive rascality which should not be allowed in a democracy,” he said.

Ogidi said that APC was not ready for governance and that it came to power by propaganda.

He said that if Nigerians knew what APC was up to, they would have fought to prevent it from coming to power.

The chieftain said that it was disheartening for the party to be blaming the PDP for everything while the nation degenerated under its watch.

On the fight against corruption, he said that it was good but that it became injustice when the government became selective about it.

He said it was against the Constitution for someone to be treated as though he was guilty of an offence when the courts had not declared him so.

Ogidi said that in spite of Nigeria becoming largely militarized, killings were had remained unabated across the country.

He said that inconsistencies in Federal Government’s approach to challenge were making many Nigerians to lose hope of a better future.

The PDP stalwart recalled that PDP National Chairman, Mr Uche Secondus, had months ago apologised to Nigerians for the party’s past mistakes.

According to him, the National Working Committee (NWC) of the party, today, is made of men of proven integrity and are determined to ensure that internal democracy was upheld in its activities.

He said that PDP had put strategy in place to reposition the country and that its doors were fully open to all Nigerians to participate.

Ogidi said that impunity had been eliminated from the party, adding that the hope of Nigerians were now in the PDP.

“We are not going to make that mistake again; we assumed too much and took Nigerians for granted in the past.

“Nigerians are not even happy that we allowed the APC to come to power because they know that in spite of our failings, we are better off; we promise not to make the mistakes again,” he said.

The chairman said that PDP had put structures in place to ensure checks and balances on activities of those who would be elected on its platform.

He assured that the party was prepared to discipline both elected and appointed officers found derailing from its ideology.

He said “power must return to the people and the PDP is the vehicle as it is ready to perform oversight functions to ensure that power returns to the ward level.”

Ogidi said that PDP had again returned to the disciplined path “because the bad eggs have all defected to other parties”. (NAN)