No fewer than 6,000 members of the All Progressives Congress (APC) in Osun including its Deputy Chairman, Alhaji Azeez Adesiji, on Monday in Osogbo defected to the Action Democratic Party (ADP). 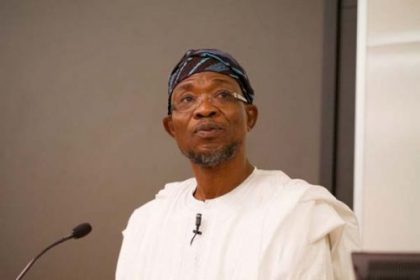 Adesiji, addressing newsmen at the ADP Secretariat in Osogbo, said that they left APC due to alleged impunity and undemocratic practices in the party.

Adesiji said that eight members of the APC State Executive Council (SEC) were also among the defectors.

According to him, in as much as we loved the party, which we contributed immensely to build in the past, we left the party due to nepotism, godfatherism, impunity, and abandonment of party members.

“With the little-aforementioned reasons, I and others have chosen to follow the path of honour by resigning our membership of APC and move to vibrant and dynamic ADP.

In his remarks, Mr. Toye Akinola, the ADP Chairman, said he was glad to welcome the defectors to the party.

Akinola said that with the caliber of APC members joining the party, victory was sure for ADP in the election.

“With these bigwigs from APC, victory is sure for us, because the power of incumbency is no longer in the market. It is the people’s will that matters,” Akinola said.

In his reactions, Mr. Kunle Oyatomi, Osun APC Director of Publicity, Research, and Strategy, told the News Agency of Nigeria (NAN) that the reasons given by the defectors were not convincing.

According to Oyatomi, if those defecting from the party cannot see anything good in what had happened in APC in the last eight years in Osun, that is too bad for them.

” They think claiming that they are leaving with the so-called 6,000 followers is going to make them to form the next government in Osun, they are living in a fool’s paradise.

“We wish them all the luck they wish themselves, but we assure them that they will lose at the end of the game.

“We believe in the capacity of our governorship candidate, Gboyega Oyetola, and we believe he will surely win the election come Sept. 22, ” Oyatomi said.

NAN reports that Alhaji Moshood Adeoti, was the Secretary to Osun Government till July 23 when he resigned his appointment after he lost the APC’s primaries to Oyetola, the Chief of Staff to Gov. Rauf Aregbesola.

Adeoti, thereafter, defected from APC to ADP to actualise his governorship ambition. (NAN)