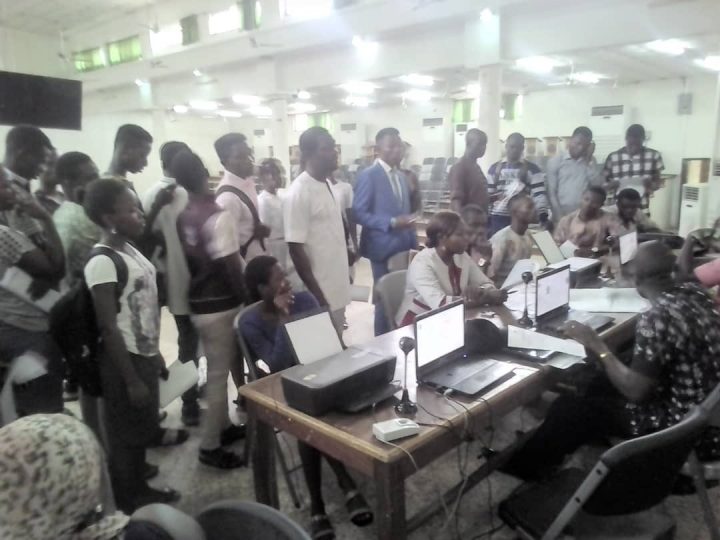 The Independent National Electoral Commission (INEC) has appealed to the electorate to register for the 2019 general elections before the Aug. 17 deadline fixed by the commission.

INEC, which fixed Aug. 17 as the deadline for registration of voters for the 2019 general elections, also said that its staff were currently working to make sure that prospective voters got registered in the Continuous Voter Registration (CVR) before the deadline.

The INEC Head of CVR in Enugu South Council Area, Mr. Johnson Okafor, told the News Agency of Nigeria (NAN) in Enugu on Thursday that the commission had begun a ‘mop-up’ exercise in the 13 wards of Enugu South Local Government Area to ensure that everyone was registered.

He pointed out that officials responsible for the registration were currently moving from one ward to the other so as not to disfranchise eligible voters.

He added that “since the announcement of the Aug. 17 deadline, officials responsible for registration have been told to cover all areas so as not to exclude anyone from the voters’ registration.

“We are now doing a ‘mop-up’ exercise in the 13 wards of the council and we have been moving from one ward to another to get people registered.”

According to him, turnout for the registration is large as many people decide to do so in the last minute.

Okafor said that the registration was hitch-free and equipment used were working optimally.

Mr. Henry Agu, a potential voter, said there was no problem with the registration as the exercise had been going on smoothly.

“Registration has been going on well and I pray it continues till Aug. 17, which is the deadline,” he said.