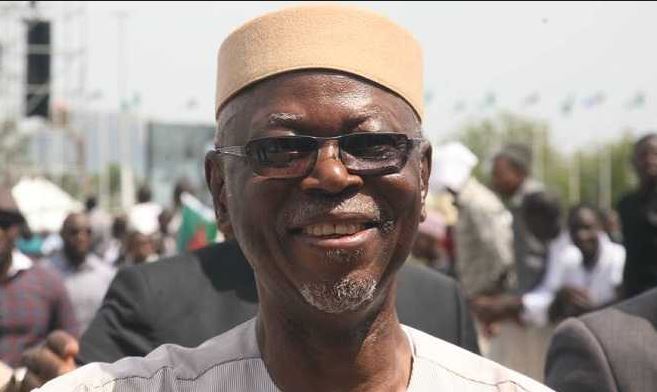 President Muhammadu Buhari has congratulated the immediate past National Chairman of All Progressives Congress (APC), Chief John Odigie-Oyegun, on the occasion of his 79th birthday on Aug. 12.

Malam Garba Shehu, the Senior Special Assistant to the President on Media and Publicity, issued the President’s congratulatory message in Abuja on Sunday.

Buhari joined Oyegun’s family, friends, well-wishers and party members in celebrating another “milestone in the lifetime of a patriotic Nigerian who personifies the meaning of a progressive in letter and in spirit.’’

According to him, Odigie-Oyegun stands out as a beacon of progressive values and principles embodied in change, reforms and intense commitment to the good of the nation.

He said that Oyegun’s leadership was instrumental to the “advent of the CHANGE government’’ in 2015.

Buhari prayed to God Almighty to grant the celebrant “more years of good health and fulfillment to see a nation where positive change, in all facets of our national lives, is a reality for all.’’

Odigie-Oyegun relinquished his position as the first APC chairman after the party’s convention in Abuja on June 23.

He was replaced by Comrade Adams Oshiohmole who emerged unopposed during the convention.