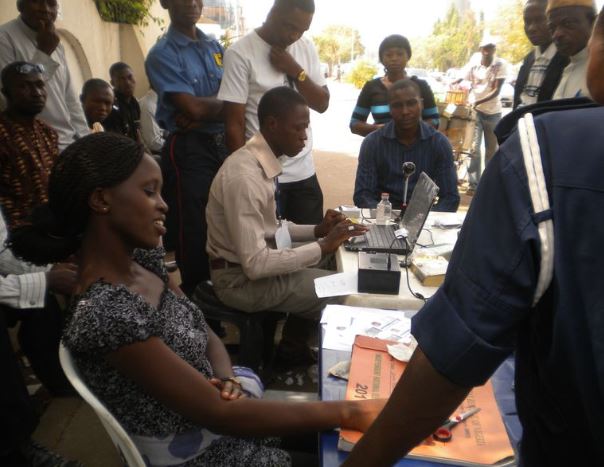 Mr. Mutiu Agboke, the Resident Electoral Commissioner (REC) in Oyo State,  said no female Muslim in hijab or purdah was denied registration since the commencement of the Continuous Voter Registration(CVR) in the state.

Agboke, in a statement issued in Ibadan on Friday, urged Nigerians to discountenance the insinuation linking the exercise with religious or political discrimination.

”The ongoing CVR has no religious sentiment or political colouration but simply an electoral activity designed for Nigerians of voting age.

”Anyone with a genuine complaint should endeavour to report to the state office of the Independent National Electoral Commission (INEC) instead of peddling rumour,’’ he said.

He further reiterated the commitment of the commission to continuously and positively engage religious bodies, political parties and other stakeholders in all the electoral activities leading up to the general elections in 2019.

Agboke reminded all eligible Nigerians who had yet to register for the Permanent Voter Cards (PVCs) to do so.

He added that replacement of defaced or lost voter card and transfer of voting right from one location to another would be attended to during the exercise.

Agboke, however, said that the Aug. 31  suspension of the CVR would not affect the collection of PVCs.