General apathy and late arrival of electoral materials to the polling centres characterised the Saturday local government election in Imo as residents displayed lack of interest in the exercise. 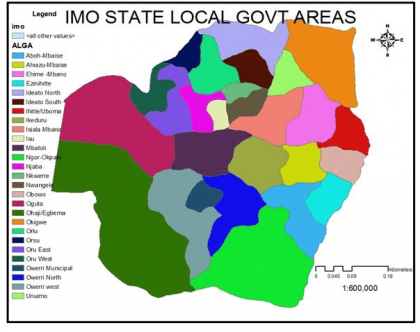 The News Agency of Nigeria (NAN) reports that motorists and traders in Owerri, the state capital, flouted the restricted movement order of the State Government.

There was heavy vehicular movement in the morning while the relief and roadside markets in Owerri were open for business in defiance to the order.

Vehicles conveying election materials to the polling units were yet to leave the offices of the Imo State Independent Electoral Commission (ISIEC) by 9:45 am.

At Uzii primary school ward 5A in Owerri Municipal, there was heavy presence of security personnel and a few voters at 9:50 am but no election material had arrived.

One of the voters, at the polling unit Mr Justus Merenini said that he had been there for over two hours but had yet to see any ISIEC official or election material.

Traders at the Relief and Amakohia Markets in Owerri were unperturbed about the restricted movement order as they engaged in their businesses.

Mrs Rose Ezeanya, a teacher, told NAN in Amakohia that the election was the “least of the people’s problems,” faulting the timing of the election.

According to Ezeanya, the funds used for the elections should have been used to pay the arrears of salaries of workers in the state civil service.

Joel Azuonye told NAN in Umulogho Ward 4 in Obowo council area at 1: p.m. that he and other voters had been waiting without seeing any electoral officer.

NAN reports that in Umuariam Ward 2 also in Obowo, the situation was the same at 1: 20 p.m.

At Ogboko Ward 2, the polling unit of Gov. Rochas Okorocha, election materials had yet to arrive by 2:19 p.m., prompting the governor to proceed on an inspection tour of the exercise.

However, in Umunoha Azara Ward in Mbaitoli Local Government Area, there was significant turnout of voters even with the delay in the arrival of election materials. (NAN)