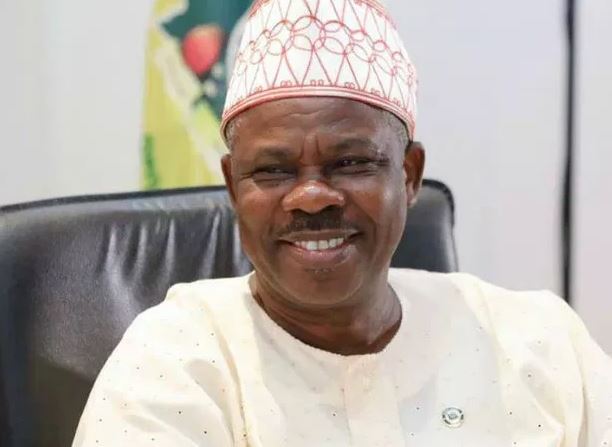 Ogun governor Ibikunle Amosun has emerged the candidate for Ogun Central senate race, as he and elders of the All Progressives Congress,  unveiled consensus candidates for National Assembly.

Amosun was the holder of the Ogun Central Senate seat between 2003 and 2007, but this time around, he will be displacing the incumbent, Lanre Tejuoso.

The announcement was made at the Presidential Lodge in Abeokuta on Tuesday. Six out of the nine candidates for the House of Representatives were also announced.

Apart from Amosun, other adopted candidates for the Senate are  Chief Lekan Mustapha (Ogun -East) and the Chief of Staff to the state governor, Mr. Tolu Odebiyi (Ogun- West). Mustapha was also the holder of the seat between 2007 and 2011, as a member of the Peoples Democratic Party.

The announcements which followed the House of Assembly candidates adopted Monday, were met with mixed reactions by members of the party.

While some members hailed the governor and jubilated over the choice of their preferred candidates, others who expressed anger considered some choices as unpopular and described them as “imposition”.

The governor described the reactions as ” the beauty of democracy” and told aggrieved members to wait until the time of primaries when the party would finalise all issues.

Amosun  last week presented   House of Representative member, Abdulkabir Akinlade to party members in Abeokuta as the consensus governorship candidate of the party,  as well as Mrs. Peju Adebajo as his running mate

Amosun had explained that Akinlade had emerged among other nine aspirants from the Ogun-West Senatorial District to which the party had zoned the governorship seat.

Mr. Dapo Abiodun, a governorship aspirant from Ogun East has also kicked against the arrangement.

The bloc is claiming the right to produce the successor to Amosun based on the principle of power rotation in the state.