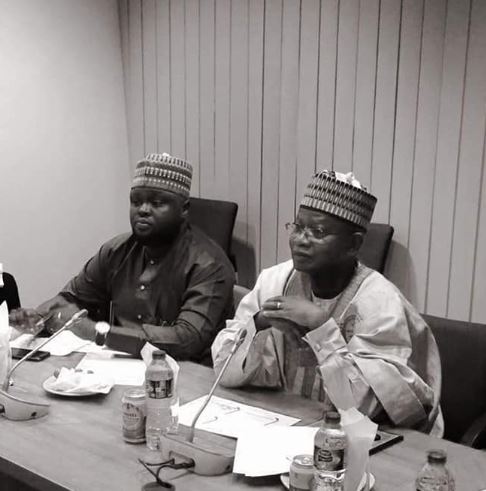 The former gubernatorial candidate of the defunct ACN and the SDP, Engr. Markus Gundiri has announced his decision not to contest the gubernatorial primaries of the  All Progressives Congress (APC) in Adamawa state. Gundiri disclosed this in a statement on Tuesday.

He said: “The decision was taken after wide and incisive Consultation with my family, my group of advisers and my God. It was generally concluded that it is in the best interest of my state and my supporters that I bow out of this race.

I joined Partisan Politics in 2010 after retiring from the Federal Civil Service of Nigeria, to contest for the Governorship of Adamawa state in 2011 under the defunct Action Congress of Nigeria (ACN).

That election was one of the most keenly contested election in the history of Adamawa state. I again contested in 2015 under the Social Democratic Party (SDP), thus it is fair to say I have given my best to the development of a steady and stable political landscape of our Dear state.

The fight for Democratic values is tough, but I have never stayed away from it, I have never taken the path of submission or dishonor. I have never compromised the general gains of our people for my selfish personal interests.

I have fought the good fight to emancipate our people from the yoke of underdevelopment and insecurity, from the evils of illiteracy and mass hysteria, from the clutches of hunger and Political uncertainty.

The time has come however that I take a bow due to looming undemocratic virtues being promoted by the APC in Adamawa state. I urge my supporters to mobilize themselves and work hard towards the success of President Muhammadu Buhari in whose leadership I have so much faith.”

Gundiri commended the APC National leadership for its efforts in enshrining a more Direct and Inclusive Form of Democracy for Nigeria.

“Finally, to the Youths, you have the power in your hands through information dissemination and social media to make this country and the world a better place. Make use of these mediums for the greater good, the future is yours, shape it from today.” He added.