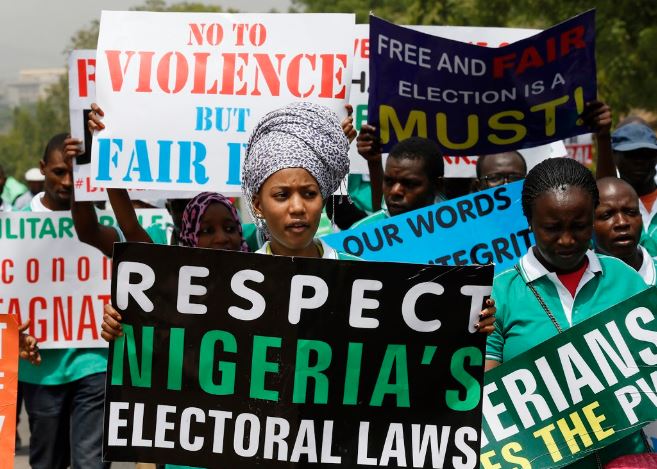 The Advertising Practitioners Council of Nigeria (APCON) on Wednesday advised the media to be professional in information dissemination and abide by the prevalent laws guiding political campaign advertisement.

The Acting Registrar, APCON, Mrs. Ijedi Iyoha, who gave the advice at a news conference in Abuja, said that role of the media was to ensure that the interest of a united Nigeria was paramount and unquantifiable.

She tasked various media outlets to ensure their platforms were not used as driving channels to bring unwholesome political campaign advertisements to Nigerians.

Iyoha said that APCON was charged with the responsibility of ensuring that advertisement conformed to the prevailing laws of the federation as well as the code of ethics of advertising.

“The electorates look forward to convincing and logical manifestos from political office aspirants.

“Their rights to choose their representative, sense of civility, political view, preferred candidate, religious affiliation and ethnicity ought not to be insulted, exploited through unethical political advertisements.’’

The registrar said that the desires and aspirations of political aspirants to serve their people should not supersede laws made to ensure public order.

“Also, their desire should not cause any form of threat to the existence of another set of people,’’ she said.

She said that media houses should ensure that any material for advertisement had a certificate from APCON, adding that there were sanctions for media house that went against their rules.

“We have sanctions for media houses, advertising practitioner that bring the material, and the agency that did the creativity and did not forward it to APCON for vetting.

“Our law says that for every material to be exposed, it must pass through APCON clearance through Advertising Standard Panel (ASP) so if you go against that there is a sanction for it.’’

Iyoha said that the online media was also regulated by APCON and the same sanctions applicable to defaulters, adding that a lot of media houses had already been sanctioned.

She said that in an effort to sensitise the media, APCON would hold a public forum on political advertising and hate speech on  Oct. 11, titled: “Ethical Advertising and Communication’’.