My Re-election Will End Political godfatherism in Adamawa – Gov. Bindow 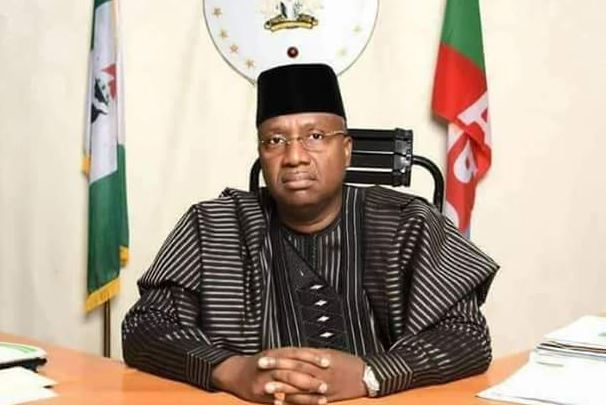 Governor Mohammed Bindow of Adamawa on Tuesday said his re-election for second term would end “the politics of godfatherism in the state”.

Bindow made the assertion while addressing APC delegates and party executives from the Adamawa Central Senatorial District.

The governor recalled that the same delegates he was addressing, voted for him during the 2014 primaries “without the influence of money bags’’.

He said that he was optimistic that the delegates would repeat the same gesture in the forthcoming primary elections in the state.

Bindow said that his administration would continue to empower the people whom he alleged, had been neglected by the political elite in the state.

According to him, “the masses made me governor and the same masses remain the people I can still rely on.

“To us, we do not have any godfather from anywhere and the era of godfatherism is gone in Adamawa.

“Let the people decide who will govern them and not some few money bags who should decide who governs the state.

“Our sin is because we have refused to share the meagre state resources to them.

“They have confessed that we have worked but their grouse is that of not giving returns to them,’’ he said.

The governor recalled that while he was campaigning for the 2015 governorship election, people sought for infrastructure development, and that was why he embarked on massive roads construction to address the infrastructure deficit in the state.

He advised the delegates to vote for continuity and for his administration to complete and consolidate the ongoing projects and programmes.

He urged the delegates to also vote for president Muhammadu Buhari who addressed the insecurity challenges of the North-East region as well as awarded contract for massive construction of roads within the state.

Alhaji Barkindo Mustapha, Coordinator for Bindow Campaign Organisation for Adamawa Central, urged the delegates to consider the quality and achievements of Bindow as they were set to elect the party’s governorship candidate.

Mustapha, who is also the state Commissioner for Local Government and Chieftancy Affairs, assured the people that the state government would soon clear the backlog of salary arrears owed to local government workers.