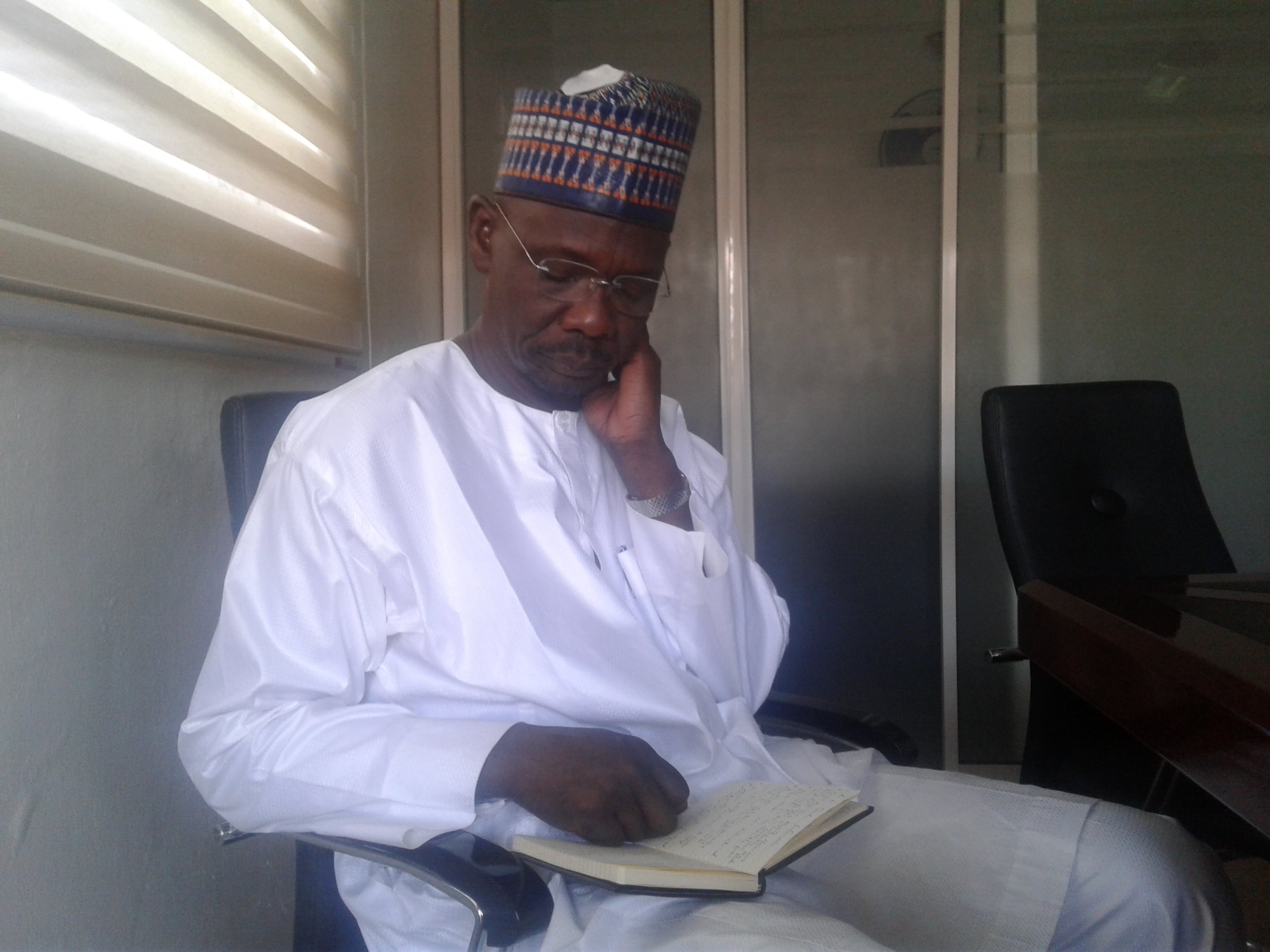 Nasarawa 2019 Guber Race: ‘Can This Man Be Imposed or Should Be Welcome?’

Imposition of candidates by political parties was the way of some political parties when Nigeria returns to democracy in 1999. This style of candidate emergence has had a lot of negative impact most of the time as this has generated acrimony and controversies among the politicians and in many cases it ended up having an unpopular, incompetent and mediocrity who might not have anything to offer to the society or the very people he governed.

After the formation of All Progressive Congress (APC) led by President Muhammadu Buhari, the need for internal Democracy became a slogan as a party that comes with Change mantra. This singular action has made APC candidates to triumph in many electoral contests because the will of the people always prevail in nominating a candidate for an elective positions.

Without much hesitation, there have been many outcries in some quarters or among political gladiators in Nassarawa state over the candidature of Engr. A. A Sule as some candidates have claimed that Engr. Sule Has been anointed by his excellency Gov. Umar Tanko Almakura or alleging that his excellency is trying to impose him on the people of the state.

However, this is far from truth, but the question to ask is can this man be ‘imposed or be welcome’? Without mincing words a cursory look at his stewardship from where he is coming might give a clue as to whether Engr. Sule is more than qualify to be the governor of our dear state.

Engr. Sule as an uncommon administrator had spent 35 years in highly successful professional career spanning over 35 years both in the public and private sector. This combination, and wide-ranging experience as an administrator and business manager (rated as one of the 10 best CEOs in Nigeria and top 25 CEOs in 2017) and bestowed with an integrity Award by the famous CCTA, places him in a good position to appreciate and chart the way forward for Nasarawa State, to make her a first destination for investors, especially in the solid extractive industry. This he has demonstrated when he attracted Dangote Investment to establish Dangote Sugar Company in the state which has the capacity to create direct and indirect employment when completed to the citizens of the state.

Earlier, He had worked for the following business concerns both in Nigeria and in the United States of America; Plateau Electricity Corporation, Plateau Utilities Board (NYSC), and Jos Steel Rolling Company Ltd. After he left Jos Steel Rolling Company Ltd in 1989, he returned to the US where he worked with different companies in the oil and gas sector. This include Lancer Corporation, San Anthonio; OEM Components Houston, Houston Engineers, Houston; Morgan performance, Houston; Dril-Quip Incorporated, Houston; as well as Osyka Corporation (an independent oil and gas company) where he worked as Director of Business Development for Africa and the Middle East. He returned to Nigeria in 2000, and along with some partners formed and became the pioneer Managing Director/CEO of Sadiq Nigeria Petroleum Limited, a private oil firm, which acquired 30% stake in Africa Petroleum PLC that was heavely indebted to the tune of over N22 billion. He became the Executive Director Operations of AP in 2001, and later the company’s Managing Director/CEO. By the time he resigned from AP in 2006, the company had a positive balance sheet of N5 billion. Engr. Sule turned the fortune of the company, a feat which if given the mandate to govern Nassarawa state he will replicate same for the betterment of the state.
He joined partisan politics in 2000 and became a card carrying member of Advanced Congress of Democrats (ACD) and later the Action Congress (AC) on which platform he contested for the Office of Governor of Nasarawa State in the 2007 elections.

Following the outcome of the 2007 governorship race in Nasarawa State, He became active in developmental politics while he was still in business. He has participated in various developmental projects in Nasarawa State covering construction and renovation of schools, clinics, security posts, houses of worship amongst others. He has also invited as well as funded visits by many investors to explore the investment opportunities that abound in Nasarawa State. In business, He had served since 2007 in various capacities at Dangote Sugar Refinery Plc, before he was elevated to the position of Acting Group Managing Director/Chief Executive Officer in 2015.

It is on this premise that Engr. Sule has decided to throw himself into the governorship contest of Nassarawa state because he believes that with his administrative prowess, leadership charisma and the support he has enjoyed form APC stakeholders, Party members and supporters across the state he is more than qualify to be elected (NOT SELECTED) governor of Nassarawa state.

Engr. Sule is a proponent of Internal Democracy because it’s the ingredient of any democratic system and this he will always championed as a democrat. He believes that every candidate interested in an elective position should present himself and test his popularity within the party in the upcoming primary election schedule on the 29th September, 2018.

All aspirants are advised to exercise restraint in making unfounded allegations against his Excellency Gov. Umar Tanko Almankura over the imposition of candidates, but instead everybody should continue to mobilise for support because his Excellency is a democrat who will never do anything to scuttle the wish of the people of the state.