The Lagos State chapter of the All Progressives Congress (APC) has declared Mr Babajide Sanwo-Olu as winner of Tuesday’s governorship primary.

This was contrary to the position of the Clement Ebri-led National Working Committee appointed electoral panel, which had earlier nullified the election that produced Sanwo-Olu as winner.

Ebri had said that the primary would be rescheduled as the state chapter has no power to conduct the party governorship primary election on its own.

However, the Lagos State Chairman of the party, Alhaji Tunde Balogun, announced Sanwo-Olu as the winner of the primary. 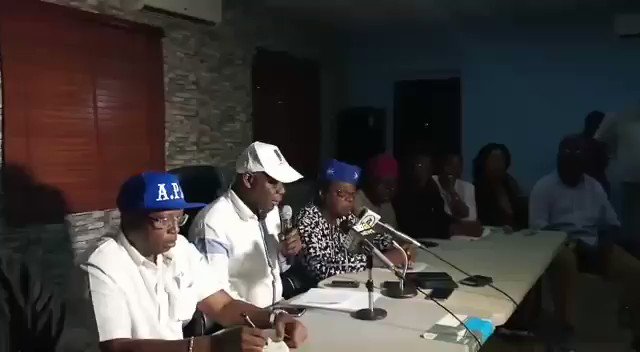 The News Agency of Nigeria (NAN) reports that the announcement was in contrast of the pronouncement of the electoral panel which had declared that election did not hold in Lagos.

NAN reports that both parties had on Monday, at a meeting, disagreed on the pattern of primary to adopt without reaching a consensus.

Balogun thanked party members for coming out en masse to participate in the primary, saying that their participation reflected their belief in democracy.

“I am aware that conflicting information has been circulating on our primary election, but I must tell you that the election was held and it was free and fair.

“It would be very painful to disenfranchise the over 1.5 million members who voted across the 245 wards in the state.

“At the end of the exercise, Mr Babajide Sanwo-Olu polled 970, 851 votes and Gov. Akinwunmi Ambode scored 72, 901 votes.With this, Mr Babajide is declared winner.

“I thank party members for participating in the election and their dedication to democracy,” he said.

Meanwhile, the National leadership of APC said it had postponed the governorship primary in Lagos State indefinitely to douse tension generated within the party in the state.