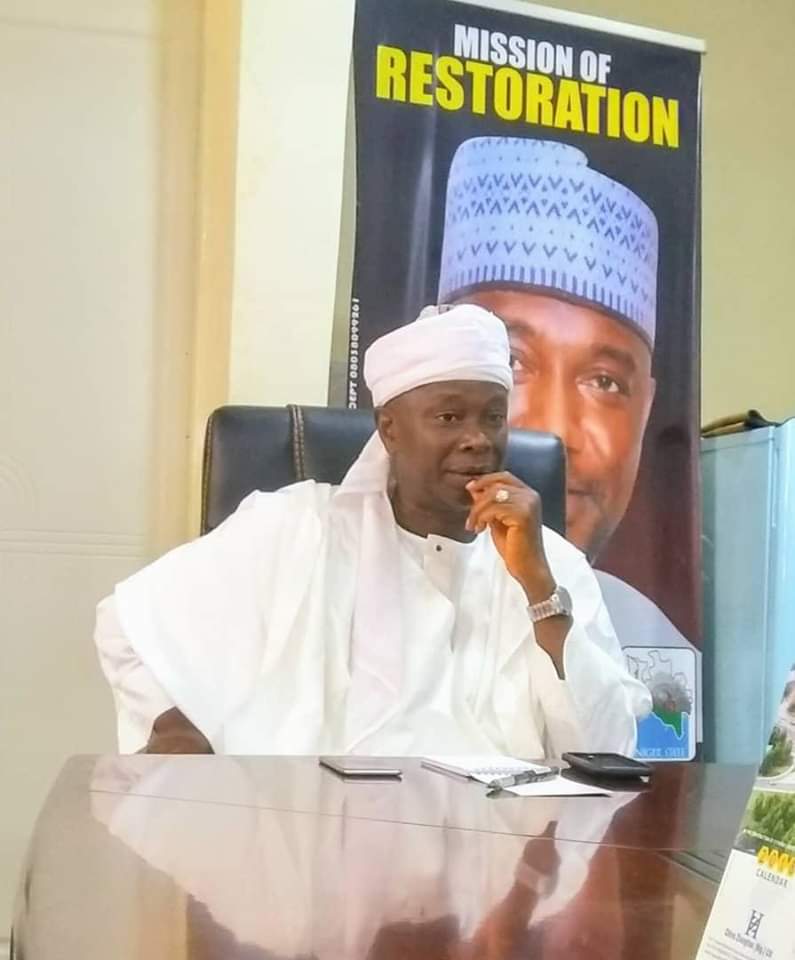 Other Side of Zakari, Niger State Commissioner of Finance

Like the elephant in our story, the person of public servants who are quiet or shy or withdrawn is very often misunderstood, and subject to various interpretation by the public who are not very informed about the person. Everybody will try to give a description from their own limited angle. This is the case with Niger state’s wonder Commissioner for Finance, Hon. Zakari Abubakar.

To different people, the Honorable is a different person. But to those in government who know him and have worked closely with him, Hon. Abubakar is a competent administrator who is never willing to put himself in any position where he would be seen as performing or to take credit for works even where the idea is primarily his. His sole objective is to achieve whatever goal that will move the state forward and ease the life of his people. That is why he has influenced the citing of key government projects in areas he considers most needy of the projects.

Aware that youths are leaders of tomorrow and the need to engage and empower them, Hon. Abubakar Zakari initiated and wholeheartedly supported the youth for trade capital initiative.

Nor is he unmindful of the helpless. No wonder he is known to provide medical support to those who cannot afford it across the state.

From his own resources Hon. Abubakar Zakari has constructed and repaired a number of boreholes in the state.

To demonstrate his support and goodwill towards women, Hon. Zakari is on at the final stages of implementing a women empowerment program for an initial 200 beneficiaries.

Certainly imperfect but this sagacious administrator is kind and gentle. Never known to turn away any help-seeker nor was he ever seen to be impatient even with those who disagree and sometimes criticize him without knowing him. He will quietly sit for many hours listening to people he does not agree with, hoping that somehow some sort of point of agreement might be reached with constant, honest dialogue.

He might not be pleased with us for putting this out in public but Hon. Zakari Abubakar awarded scholarship and is currently paying school fees to a lot of students who are not from well-to-do homes. He believes that every child is worthy of good education seeing as education is what has made him who he is today.