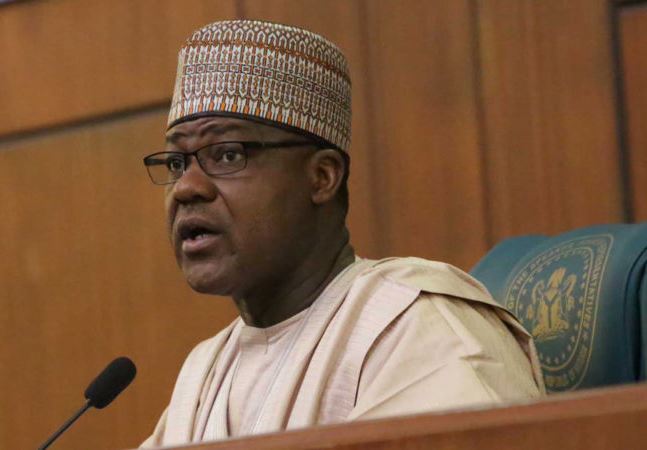 My dear Honourable Colleagues, I welcome you back to the plenary of the House, from the Christmas and New Year recess and also commend you for the Committee assignments you have been undertaking since the 8th of January, 2018. I hope you, as usual, spent time with your constituents during this period. I also expect that you have briefed them on legislative activities conducted so far on their behalf. The Recess also presented us with opportunity to get feedback on the problems and developments in our various constituencies which should aid our performance going forward.

We embarked on the recess at a period of great hardship faced by our constituents. The unending and shameful story of fuel shortage reached an unbearable level as to make traveling and other economic activities almost impossible. We expected that with the legislative cooperation given to the Executive arm, to effect an increase in the fuel price from N87 per litre to N145, and based on their assurances, incidents of fuel scarcity would be a thing of the past. We were also assured that fuel subsidy had come to an end. From recent developments on this subject, except the Executive adduces compelling reasons why the reverse is the case, we will be justified in feeling betrayed.

As a parliament, we must unravel the causes of this scarcity and the alleged re-introduction of fuel subsidy. I charge our relevant Committees to get to the root of these issues through the instrumentality of oversight to enable the House take an informed position on this totally undeserving precarious situation that our already overburdened citizens are subjected to. This has to be done with minimal delay.

Honourable Colleagues, we are all painfully aware of the wave of murders of innocent Nigerians that has been sweeping through the nation. From the senseless killings in Rivers State, to the killing rampages in Benue, Taraba, Kaduna, Zamfara, Adamawa, Edo and other States; our dear country is now being painted red with the blood of the innocents on account of unremitting bedlam callously promoted by cold hearted merchants of death.

On behalf of the House of Representatives, I wish to convey our heartfelt condolences to the governments, people, and especially families of those who have lost loved ones in these primitive, mindless and despicable rounds of bloodletting across our dear country.

At these moments of intense outpouring of grief across the nation, it is important that we shun buck passing and accept responsibility for these wanton killings without which we will never find a solution to this evil. We cannot afford to fold our hands and pretend that all is well with our country. We cannot throw up our hands in defeat. We have a responsibility to all Nigerians regardless of creed or ethnicity in line with the constitutionally stated primary purpose of the government we serve in, which is securing the welfare including the lives and property of our people. This we must do by ensuring that every law abiding Nigerian is protected where ever he choses to live in the country and every one who is up in arms against our citizens is quickly brought to justice where ever they are in the country. That there are no sanctuaries anywhere in the country for killers and other hardened criminals who feed on the blood of our people.

Our job as leaders is to hold our people together and ensure that no one or group is allowed to foist the reign of tragedy and group polarisation on our dear nation. Those who pride themselves in violence must be reminded of the self defeating nature of violence: the fact that violence only begets violence and that true victory has never been won by violence. It was Mahatma Gandhi who delivered a timeless rebuke to the fools who worship brute force by reminding them that, “victory attained by violence is tantamount to a defeat for it is momentary”. We have to preach this message to our people who must not only accept the inevitability of conflict as well as the necessity for tolerance but must learn not to pursue conflict violently but democratically, in ways that result in compromise and consensus as the culture of democracy demands.

In the same vein, our security related Committees must aggressively conduct oversight of the various MDA’s and institutions handling security matters, to detect lapses in the operations of these security agencies and pro-actively ensure compliance with approved funds and procurement of appropriate equipment.

Dear Colleagues, you will recall that on Tuesday, 13th June, 2017, this House convened a Joint meeting with all the Service Chiefs, Inspector-General of Police, the Hon. Ministers of Defence, and Interior, Heads of Para-military services on the State of our National Security. Our security-related Committees were expected to conduct a follow-up action on all the issues canvassed, and the House expects to be briefed soon. Only 2 days ago, Mr. President, Commander in Chief of the Armed Forces, Federal Republic of Nigeria, briefed the President of the Senate and I on measures being taken to contain killer Herdsmen and other criminals who kill with impunity across National flash points. I won’t speak to the measures because of the sensitivity of security issues and in order not to jeopardise ongoing operations. However, I must say that I m totally satisfied that if Mr President’s Plan is carried out to the latter, we will sooner than later begin to see the desired fruits.

Dear Hon. Colleagues, as you are aware, the 2018 Appropriation Bill is before us for legislative action. We have promised to do our utmost to pass it expeditiously. We should keep our word. However, this can only be possible if the Ministries, Departments and Agencies (MDAs) cooperate effectively with relevant Committees of the House by providing the required information as may be requested of them. I understand, from reports reaching me, that there is lack of cooperation from some of the MDAs, and I call on the Heads of all MDAs to expedite action on demands from our Committees. We should all in a constructive manner, resolve any problems that may hinder the smooth and early passage of the Budget. The deadline we have given to ourselves must remain sacrosanct.

As we enter 2018, political activities will pick up. We must however remember that we were elected to represent the people for a four year term. The work is not finished. This is the time to conclude many outstanding legislative measures pending before us.

Dear Colleagues, the economy, must remain the central focus of our legislative activities in 2018, in order to consolidate Nigeria’s exit from economic recession. To this end, we must prioritise high economic impact Bills and pass them before the onset of political activities. The Committee on Rules and Business is hereby charged to schedule the consideration of these Bills at the earliest possible time.

The Electoral Act Amendment process must be speedily concluded, this first quarter. Same with Constitutional alteration process, especially those on electoral matters. The Rules of the game must be clear to the actors early enough before the game begins. This is absolutely necessary in order to improve on the standards we set in the last general elections.

Furthermore, the practice of divesting various Ad-Hoc and Standing Committees with jurisdiction over referrals that have refused or neglected to submit their Reports on various Bills and Resolutions would continue in the new year. We would strengthen the Rules and Business Committee of the House, which is the secretariat of the Committee of Whole, to consider the Reports divested from various Committees. Indeed, all Ad-Hoc Committees that have not submitted their Reports within the time frame given to them, and without getting an extension of time from the House would be divested of jurisdiction and that without further notice.

In conclusion, may I use this opportunity to once again thank all of you for all your support to the leadership of the House since 2015 and to plead that we work even harder this year to justify our mandate and to set a record of legislative productivity that will be difficult for our successors to equal.

Hon. Colleagues, the economic and security challenges facing the county are daunting. Indeed at no time in the recent past has the nation’s peace and unity been so vigorously and persistently challenged. This however is the real test for true leadership. I believe that together with God on our side, we shall solve our economic, social, and political problems. It is my hope that we faint not as we run this race and when we hit the finish line, all of us shall breast the tape standing tall.