Senate Calls for a State-of-Emergency in The Health Sector 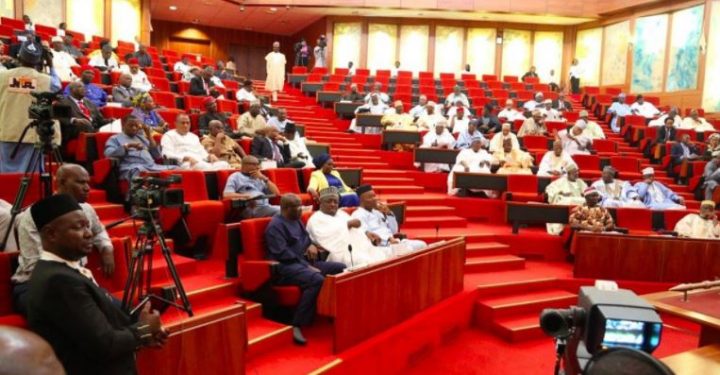 The Senate on Tuesday urged the Federal Government to declare a state-of-emergency in the country’s public health sector over decay of infrastructure.
The Senate also urged the Federal Government to provide special funding for the overhaul of at least one public medical facility in each geo-political zone in the country.
The resolutions were sequel to the unanimous adoption of a motion by Sen. Suleiman Hunkuyi (Kaduna-APC).
Moving the motion, Hunkuyi expressed worry over increasing decay of infrastructure in the country’s healthcare institutions.
He said that the “sorry state of affairs’’ in government hospitals and other healthcare facilities had rendered their services ineffective, resulting in dire consequences for the citizenry.
According to him, the decayed infrastructure occasioned by epileptic power and inadequate water supply further increased the risk of hospital-transmitted infections.
Hunkuyi added that critical diagnostic equipment essential for providing efficient diagnosis was either non-functional or not available.
He pointed out that the situation had led to failure by the system to attract the required calibre of health professionals and skilled manpower to the public health institutions.
“The situation in our public health institutions has resulted in increased medical tourism by Nigerians, with doctors and other healthcare professionals leaving for greener pastures to private medical facilities or even abroad.
“This is with attendant outflow of foreign currency to the tune of several millions of dollars spent on medical care annually in Europe, America, Asia and some African countries to the detriment of our health institutions.
“Recently, UNICEF in its latest statistics on child mortality ranked Nigeria second highest in the world with losses of about 2, 300 under-five years olds and 145 women of child-bearing age daily,’’ Hunkuyi said.
Contributing, Sen. Abdullahi Sabi restated that the state of facilities in the country’s public health sector called for worry.
According to him, over the years we talk about medical tourism and Nigeria has continued to witness capital flight.
“You will agree with me that Nigerians are doing well outside and the question that rises is why are they not coming back?
“If we provide solutions to reasons why they are not coming back, then we can attract them.
“There is need to promote primary healthcare because something that can be tackled with right personnel and equipment eventually turns out to be chronic,’’ Sabi said.
In his remark, President of the Senate, Dr Bukola Saraki, stated that there was need for Federal Government to ensure compliance with the provision of the National Health Act.
Saraki also said that the Senate, while working on the 2018 Appropriation Bill, would ensure adequate funding for primary healthcare services in the country.