House of Reps Urge Buhari to Stop Concession of Ajaokuta 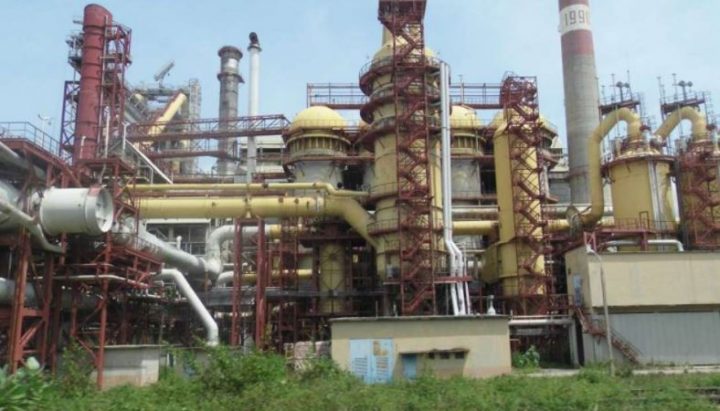 The House said that the stoppage was to give time for conclusion of review of the process ordered by the chamber as part of its drive to get the company back on stream.

The resolution followed a motion by Rep. Ahmed Yerima (Zamfara-APC) and 24 other lawmakers.

The motion is entitled “Urgent Need to Investigate the Circumstances under Which the Federal Ministry of Mines and Steel Engaged the Globally Discredited PricewaterhouseCoopers (PwC) to audit Ajaokuta Steel Complex for Purposes of Concession.”

Moving the motion, Yerima said he was aware that Fayemi recently announced, “and it was widely published’’, that Ajaokuta Steel Company would be given out on concession after an ongoing audit.

He disclosed that audit of the company was undertaken by PricewaterhouseCoopers, which he alleged, had been discredited, “having been sanctioned in India with a two-year audit ban for infractions of over one billion dollars’’.

The lawmaker said that the firm was also sanctioned in Brazil for which it paid 50 million dollars as fine, and was fined in the United Kingdom for 5.1 million pounds.

He also said that the firm paid 225 million dollars and 25 million dollars, respectively, as fines to TYCO shareholders in the U.S and Bank of Tokyo-Mitsubishiw for laundering money for Iran, Sudan and Myanmar.

He added that it was blacklisted for roles in terrorism and human rights abuses, among other infractions and irregularities in its operations, “which has left its reputation in tatters.”

Yerima expressed concern by the allegation that PricewaterhouseCoopers was informally engaged by Global Steel to assist and advise them on how to recover Ajaokuta Steel Company and National Iron Ore Company (NIOMCO), Itakpe, from the Federal Government.

He said he was worried that the minister engaged a company whose antecedents may suggest that they were engaged to audit and prepare reports which may skew the outcome in a pre-conceived manner.

According to him, it may have done to favour parties which the minister may have lined up or which may represent the interests of their former clients (GINL).

The legislator wondered why Bureau of Public Enterprises, and Infrastructure Concession Regulatory Commission (ICRC), established by law, was not involved in the audit and concession process.

He accused Fayemi of deliberate plot to concession Ajaokuta Steel Company to a pre-determined group.

He decried the minister’s submission that government could no longer spend additional funds on the company “when he is already spending N2 billion for the concession process’’ and where Nigeria spent over 3.5 billion dollars on steel importation.

Yerima said since NIOMCO was handed again to Global Steel in “so called modified concession for a seven-year period with an option of a further 10 years, the plant which is integrated with Ajaokuta Steel Complex has remained moribund’’.

According to him, this development is an indication of likely failure of yet another concession.

Supporting the motion, Rep. Nicholas Ossai (Delta-PDP) said “this is a man that says that Ajaokuta cannot be brought to life but has spent N2 billion on the company.

“This has to be investigated in line with section 88 of the 1999 Constitution.”

In his contribution, Rep. Mohammed Abdu (Bauchi-APC) said “we know that the five countries of the world that have become world powers have their roots in steel industry. We cannot play with our common sovereign wealth.”

Similarly, Rep. Bashir Babale (Kano-APC) reminded members that “this is a government that promised change and to fight corruption.

“How much are we spending to import steel in this country? I wonder why the minister was in a hurry for this concession.

“We need to be patriotic enough to make sure that what we do, we do it for Nigerians. I urge my colleagues to support this motion.”

On his part, House Leader, Mr Femi Gbajabiamila, called for a Bill to stop the concession of Ajaokuta Steel Company or amend existing law to check the process.

The House agreed that the decision to stop the concession process was in the interest of the nation’s economy and the anti-corruption fight of the Buhari administration.

In adopting the motion, the lawmakers resolved to expand the mandate of its Ad Hoc Committee on Ajaokuta Steel Complex to include urgent consideration of possibility of a bill for completion of the company and prohibit its concession.

It equally mandated the committee to inquire into the rationale of engaging “a globally discredited firm, PricewaterhouseCoopers (PWC) to audit the company, without due process.

The House consequently urged the Senate to concur on the motion and resolved to amend the National Council on Privatisation (NCP) Act to delete Ajaokuta Steel Complex from the list of companies for concession.

NEWER POSTFull Text of Plenary Proceedings of The House of Representatives for for Thursday 15 March, 2018
OLDER POSTA Look at Sunti Sugar Estates Commissioned by President Buhari