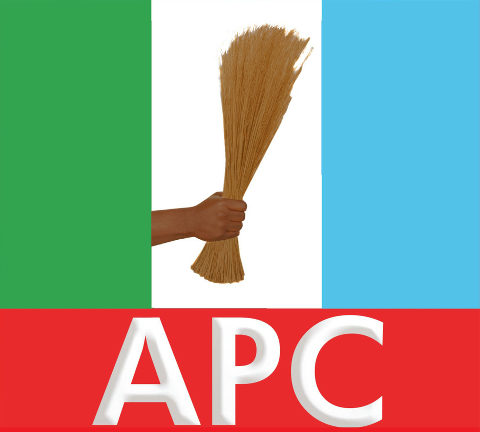 The Federal High Court, Abuja, has fixed April 16, to hear a suit challenging the tenure elongation of the National Working Committee (NWC),of the All Progressive Congress (APC), headed by Mr John Oyegun.

The plaintiff, Mr Ademorin Kioye led some other members of the party to file the suit after the party extended the tenure of NWC by one year.

The defendants are the INEC, APC and its National Chairman and the National Organising Secretary, Sen. Osita Izunaso.

The plaintiffs on March 15, obtained an ex parte order directing the defendants to show cause why members of the NWC of the APC should not be barred from parading themselves as national officials of the party.

When the matter was called, counsel to the plaintiffs, Mr Jibrin Okutepa (SAN), told the court that all the defendants had been duly served with the court order of March 15.

Counsel to INEC, Mr Idris Yakubu said that the commission had filed a preliminary objection to the suit on Wednesday.

APC’s counsel, Mr Joseph Daudu (SAN), said the party was served with the clear court order and it was clear that the court did not cut short the time within which the respondents were to file their processes.

According to Daudu, the suit raises serious constitutional issues and it will be only fair to allow them file their processes as allowed by the rules since they are within time.

“For the interest of fair hearing, we are still within time to file our processes and we have a preliminary objection to the jurisdiction of this court”, he said.

Mr Akin Olujimi (SAN) counsel to Oyegun aligned himself with the submissions of Daudu and added that the order of the court said nothing on the abridgement of time.

He argued that the process filed was not ripe for hearing since they had 30 days to respond.

On his part, Mr James Onoja (SAN) counsel, Izunaso also objected to the immediate hearing of the matter on the grounds that the matter was not yet ripe for hearing.

Okutepa, in his reply, disagreed with the defendants’ counsel that the rule of the court allowed them 30 days to respond.

According to him, Order 13 rule 35 of the court provides 14 days for them to respond to the originating summons that was served on them on March, 14, adding that Wednesday was the 15th day so it was ripe for hearing.

He further argued that they were served with the motion on notice for interlocutory injunction on the same day and they ought to have replied within seven days.

Okutepa said that President Muhammadu Buhari had on Tuesday at a meeting at the Presidential Villa, conceded that the NWC tenure elongation was unconstitutional, so the defendants should allow the matter to be heard.

In his ruling, the trial judge,Justice Nnamdi Dimgba held that the court would follow a road map that would guaranty fair hearing of the matter expeditiously.

He adjourned the matter until April 16 and ordered the parties to file all their processes before then.