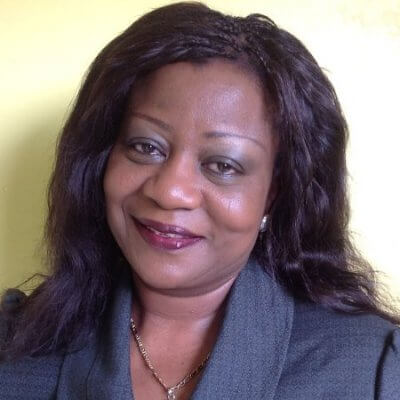 In 2015, Nigerians began the process of recovering their nation from the hardened criminals who hijacked Nigeria for sixteen years. With an APC majority in the National Assembly, we had hoped for a speedy recovery and transformation of our nation, believing that we all understood the meaning of change.

For starters, it took the better part of five months of President Buhari swimming through the mud to finally have a glimpse of what looked like a nation from where Ministers would be nominated. He was determined to begin to address the issue of marginalization in appointments. Where possible, he reached out to some of the over 200 minority ethnic groups for his ministerial nominees.

This did not go down well with the power brokers in our nation. Senator Ike Ekweremadu screamed hard and threw a tantrum. He said he had never heard of the nominated minister from his native Enugu State. But the hitherto unknown Igbo sub group that produced the Minister of Foreign Affairs, felt a sense of belonging in a nation where the Ike Ekweremadus of this nation have continuously nominated themselves to serve, without a thought for the minority groups in their areas.

When Nigerians recovered their nation from the hardened criminals that hijacked our nation for sixteen years, no one thought the cabal at the National Assembly, would become the major opposition to the recovery of our nation. After all, what we promised was to bring about a change in the ways we had done things in the past that favoured only a few at the top.

All their actions have been selfish, self-centred and egocentric. They wanted the status quo to remain. Consequently, they started by waging war on the President for his choice of Ministers. They had a free hand to place their cronies as heads of House Committees. But they also wanted to appoint Ministers and others for the President. They wanted to run the Presidency, own the Presidency and dictate who should be hired or fired.
This same cabal is now posing as the defender of the ordinary Nigerians. Hian!

Nigerians are not fooled. They know the man who is fighting to deepen our democratic experience as a nation. They also know pretenders to the throne of democracy, who have put themselves above the laws of our land and above everyone of us.

Nigerians know those who have refused to make laws that can help the war on corruption move some steps further, sanitize our nation and propel us into the 21st century.

Democracy means that we are all equal before the law. The law goes after those who break it.
The beauty of what we have today is that Pres. Muhammadu Buhari will not dictate to any law enforcement agency as to who to invite for questioning and who to arrest or discharge. It’s the laws and the agencies that have the prerogative to go after alleged criminals.

The whole world knows that Nigerian institutions and systems are weak. Thats what Pres. Buhari inherited. The best way to strengthen them is not to breathe down on them, by interferring in the way they do their jobs. The best way to do it is to give them the space they require to exercise their initiatives in the application of our laws in the exercise of their duties. Some people are not pleased with this.

But It Appears God is moving for Nigerians again, As Usual. What we are witnessing in our nation today, is not chaos. What is happening is the change we all yearned and voted for. It’s the storm before the calm.

When a member of the Senate who should be above board is caught pants down, senators elected to serve their people, take the mandate of their people to court, to show solidarity with CRIME

Some ordinary Nigerians, who are confused and misinformed, are hired to protest the invitation of an elite by a law enforcement agency to answer a few questions. If one has no questions to answer, what’s the fear in respecting and answering the calls by the laws of our land?

Some uninformed and self interest persons and groups, call it a witch-hunt. In A witch-hunt, only witches are hunted and nailed to the stake. If you are erroneously caught and you are not a witch, you will be asked to go home with a good measure of apologies.

When the President sends the budget belonging to the people of Nigeria to the National Assembly for appropriation, the budget goes to seven months imprisonment because our President would not do what Presidents Obasanjo and Jonathan did: Ferry sacks of #GhanaMustGo full of dollars to oil the passage of the budget.
That’s another change that is not going down well.

Although we have more honourable and distingushed ladies and gentlemen in our National Assembly, that institution, has experienced stunted growth in our democratic journey. Impunity, abuse of processes, intimidation and bullying are the order of the day for the few members of the cabal in that arm of the government against the vast majority of our honourable and distinguished Assembly men and women.

Votes are either not taken at all or the dubious voice vote is used. No one has bothered to ask why the installed voting system in the National Assembly is never put to use. It’s all part of the corruption that has eaten deep into the fabrics of our systems and institutions.

Subsequent governments have encouraged them in the path of impunity, to live above the laws of our land. There were dormant laws for them and another set of active laws for ordinary Nigerians. But there again, did we really expect any better from PDP-led governments that were anchored on daylight impunity and corruption! But we promised change and there must be a change in the way the National Assembly treat Nigerians.

We are lucky to have a President who is determined, even if it means losing in 2019, to bring about the change he promised the nation. So, that change is non negotiable. It will not be truncated. It will be total. It will be deep. It will be all encompassing. It will set us apart from where we were.

That change means that we are all equal before the law. It’s therefore, unfair and extremely sad that some young Nigerians who were caught for bank robbery, are being held by the police while their alleged accomplice, is sitting in the HALLOWED CHAMBER of the House of Senate that belongs to the good Citizens of this great nation. The Police has the constitutional rights to invite suspects for interrogations. Face to face interrogations reveal more than the Police already know.

No one is above the law. If you don’t want the law to come after you, stay on the side of the law. The law will always protect those who do not trample on it. That’s the fact of life. Change must happen.