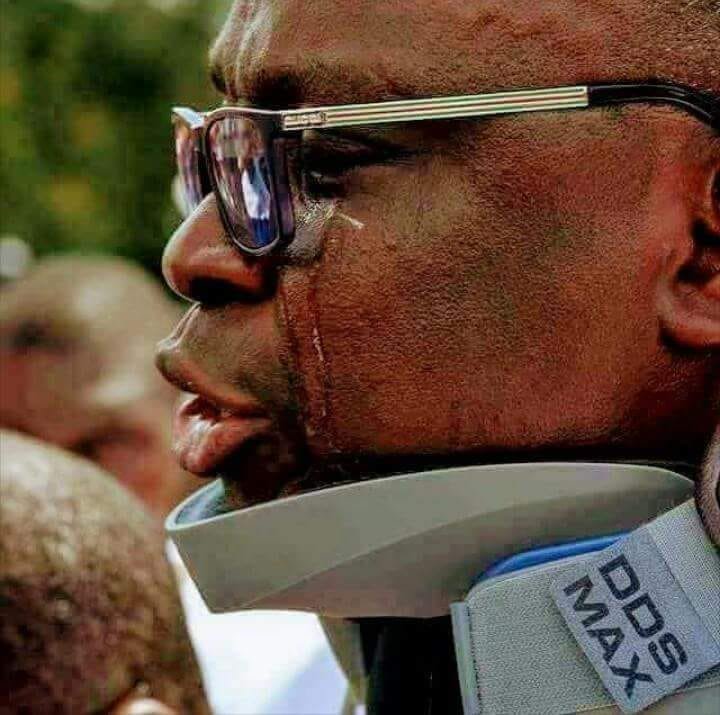 #EkitiDecides2018: Presidency Relpies Fayose, “In The End, A High-Powered Nothing”

Garba Shehu, Abuja: The people of the politically significant State of Ekiti have spoken against their Governor, outgoing governor, Mr. Ayodele Fayose, who told them that the governorship election they just had was a referendum on President Muhammadu Buhari. He said candidates Kayode Fayemi and Olusola Eleka were pawns and that he and President Buhari were the actual contestants.

In what observers said was the most intense, and a most angry campaign, the people gave their verdict: Dr. Kayode Fayemi, the one-time governor, declared persona-non-grata is now persona-grata again. President Buhari has won this referendum. The people of the State have sent a clear message. The politics of brinksmanship, assaults, insults, abuses and Robin Hoodism disguised as stomach infrastructure has been rejected in favour of politics of inclusion, development, responsibility and good governance.

President Buhari’s war against corruption and insecurity; the message of agric revolution and infrastructure development and fidelity in resource allocation and management have struck a chord with Ekiti voters, who had been lied to and deceived by Governor Fayose. While the opposition continued to rant at him, President Buhari’s uprightness, coupled with incorruptibility and personal integrity, unmatched by any politician in the country has again stood the test of time.

The All Progressives Congress (APC) win in Ekiti means that the Party has control over 25 out of the 36 states of the Federation. The party thus becomes the only one in power in the six states of the South-West geopolitical zone.

Besides reinforcing the APC’s position as the only standing pole in the political landscape, it is a credit to the national leader of the party, Asiwaju Bola Ahmed Tinubu, against whom all manner of ethnic and religious opposition is being mounted by former President Obasanjo and some of the Asiwaju’s sworn enemies in the sub-region.

With this, the political landscape of the South-West has been transformed. APC’s regional strength has been strengthened and the Asiwaju will be respected even better. Without losing patience and decorum, the Asiwaju has proved that rivals must reconcile and come to terms or lose everything.

This win is equally a huge boost to the APC and its new leadership under Chairman Adams Oshiomole, who got their first baptism of fire in Ekiti. It is, importantly, a big boost to the second term ambition of President Muhammadu Buhari.

For the People’s Democratic Party (PDP) which came second in the election in a state that they held sway, it is a loss politically and psychologically. The result of the election has proved that PDP is irreparably broken and dismantled. They have nothing to offer to the country and its people. The message from Ekiti is that no state in Nigeria will vote PDP. Never again.

As for Mr. Fayose and his morbid brand of politics, it is now his time to reconcile himself to the imminent political extinction he faces, his political career sealed for good. Newspapers have mistaken him for a gadfly who creates discomfort for the government at the centre to make it better, but Fayose is a street-type thug. He never fits the role of a gadfly because he thrives on bitter enmity. Opposition does not mean a negative view of everything. Neither does it translate into a licence to abuse your superiors.

The winner of the election, Governor Fayemi’s trajectory from a persona-non-grata to a persona-grata again has given a wave of cheer to APC members all over the country. It has given a fresh hope that fake news, lies and propaganda run only short distances, because they have short legs.

An old proverb says you can’t beat something with nothing. After all the noise, theatricals and drama, Fayose’s fall came with a thud, not a bang: a high-powered nothing.