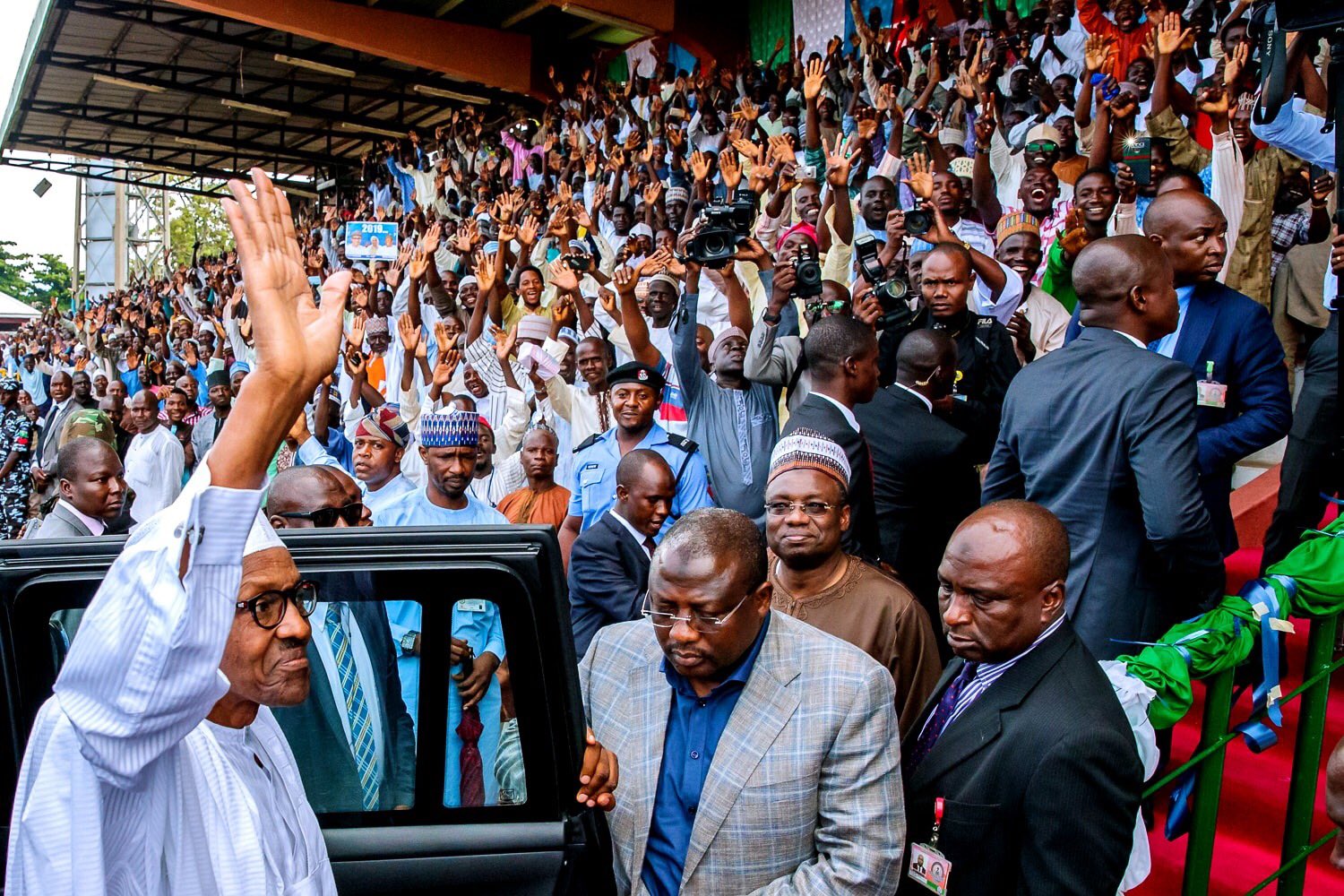 “God Will Fish out The Bad Eggs Among Us”, President Buhari to Supporters in Bauchi

Femi Adesina, Abuja: President Muhammadu Buhari Thursday assured All Progressives Congress (APC) party supporters in Bauchi that his administration will continue to work hard to surpass its campaign promises for a better Nigeria.

President Buhari also told supporters not to be perturbed by the recent defections in the party, saying “God will continue to fish out the bad eggs among us,” as the 2019 general elections approach.

The President spoke at the commencement of the campaign rally for the Bauchi South Senatorial District bye-elections and the formal presentation of APC Candidate for the August 11 poll, Hon. Gumau Lawal Yahaya.

President Buhari told the rally that the APC-led government had remained faithful in implementing its campaign promise of improving the economy, securing the country, and the fight against corruption.

“The work we are doing is because of God, our country and you. I want to inform you that the knowledge we have garnered over the years, we won’t allow you to be cheated.

“Like we promised, what will determine a good future for the country are security, strong economy and to stop corruption.

“We campaigned on these things, you voted for us and we will never forget, “the President said to a thunderous applause by party supporters at the Abubakar Tafawa Balewa Stadium, Bauchi.

Endorsing the APC candidate for the senatorial bye-election, the President who was accompanied by the party Chairman Adams Oshiomhole, Governors of Bauchi, Plateau, Kano and Imo States, and other party officials declared: “we have confidence in him and we trust him.”

He, therefore, urged the people of Bauchi South senatorial district to vote Hon. Yahaya in the upcoming election.

The President also thanked the people of Bauchi for defying the heavy rainfall and coming out en masse to welcome him and show solidarity to the party’s candidate in the Senatorial election.