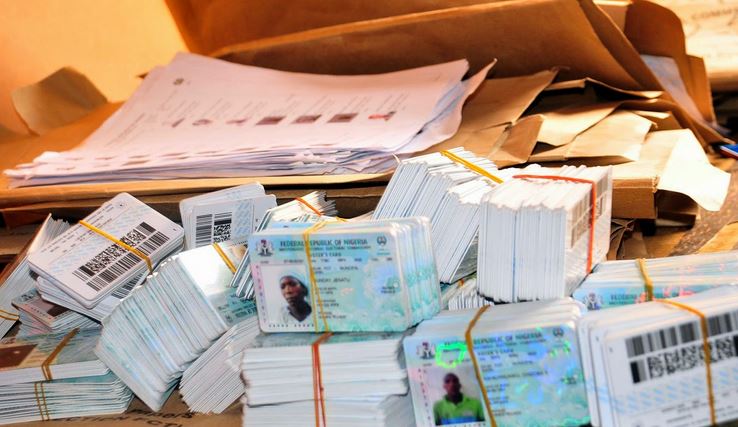 The INEC Resident Electoral Commissioner in Imo, Prof. Francis Ezeonu, has expressed displeasure at the 435,449 Permanent Voter Cards (PVC) yet to be collected in Imo State.

Ezeonu made this known at a meeting of the State Inter Agency Committee on Voter Education and Publicity (SICEP) held in Owerri on Wednesday.

He noted that at the current Continuous Voter Registration (CVR) in Imo, 72, 012 PVCs had been processed and received by the commission in the state, out of which 8,267 PVCs had been collected, while 63,745 yet to be collected.

Giving an overview of the CVR in the state, Ezeonu said that in the first round of the exercise, April to December 2017, a total of 72,617 persons were registered, saying out of this number, 41,854 were males, while 30,763 were females.

Ezeonu explained that currently the commission had registered a total of over 10.29 million voters nationwide.

He reiterated the determination of the commission to end the continuous voter registration on August 17, with extension of time from 9 a.m to 5 p.m, including weekends and advised all eligible voters to ensure they registered.

He noted that the state had gotten the mandate of the commission to make use of the traditional rulers for the collection and distribution of the PVCs.

“We may also be making use of the Women August Meeting. We are looking at the best strategy for the distribution of the cards.

“Unfortunately, INEC is not getting the cooperation they need in Imo.

“The logistics is to deploy to local government areas and not wards; we went to the wards yet people are not coming to register as expected,” he said.

Responding, the participants commended INEC for creating awareness for the voter registration.

They noted the need for the commission to continue to educate members of the public on the importance of registration, collection of PVCs, and the right use of the cards.