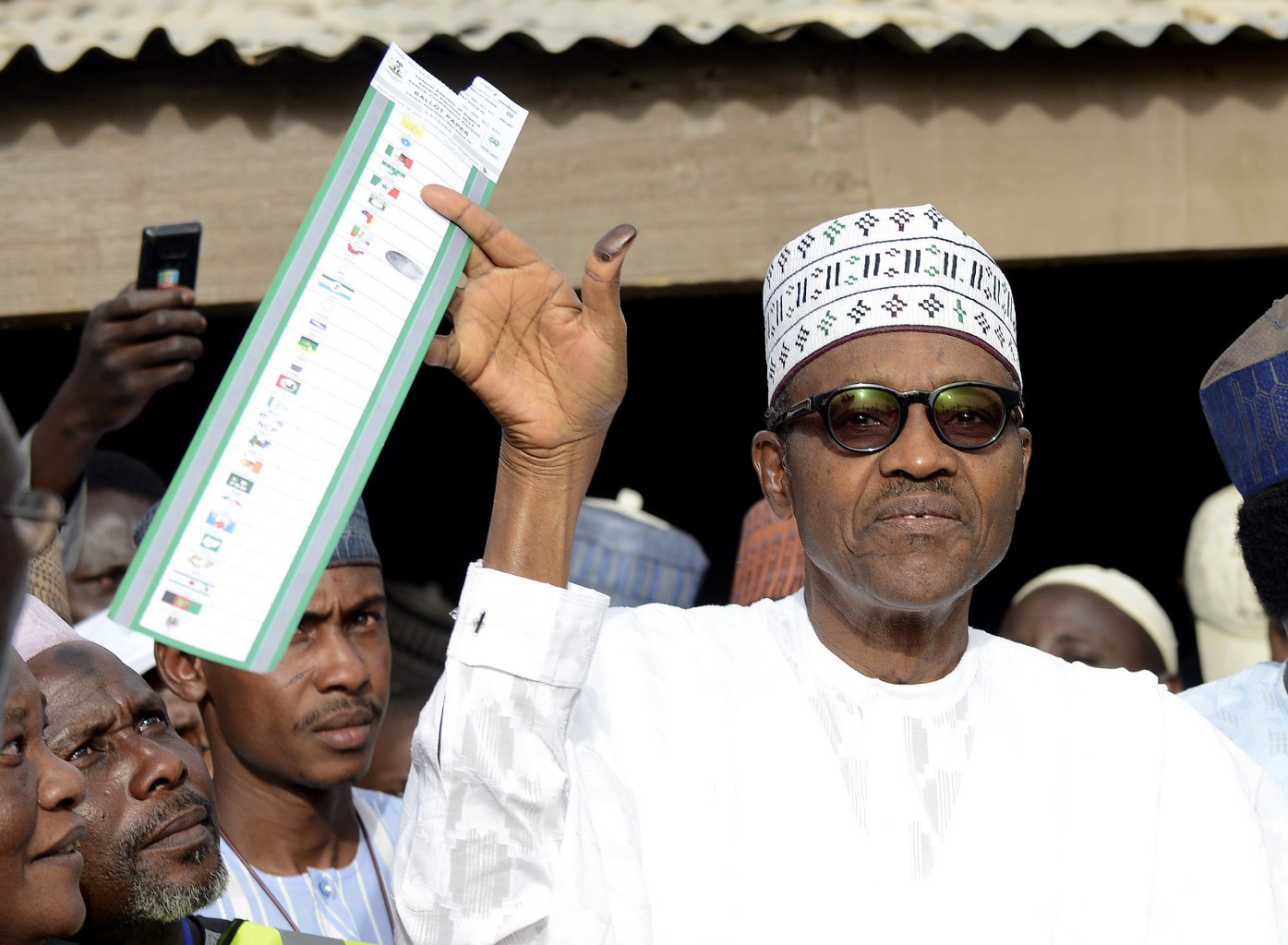 I am Not Afraid of Free and Fair Elections – President Buhari

Garba Shehu, Abuja: President Muhammadu Buhari Sunday in Beijing said that as a beneficiary of free and fair elections, he is not afraid of a credible process in 2019.

To this effect, the President reaffirmed his commitment to making sure that the 2019 polls, under his watch, will be free, fair and credible.

Speaking at an interactive session with members of the Nigerian community in China, the President pledged that Nigerians eligible to vote in the next general elections will be allowed to freely elect candidates of their choice.

“I have no fear about free and fair elections because that is what brought me to the present position. I know what I went through and very few Nigerians could boast of trying four times…

“Those interested in participating in the elections must get their PVCs and register in their constituencies and elect anybody of their choice across ethnicity and religion.

“The Nigerian police, law enforcement agencies and INEC must respect the wishes of the people,” he said.

Citing recent elections in Bauchi, Katsina and Kogi States, the President said the country had made progress relative to elections conducted in the past years.

On security issues, the President reaffirmed that his government has succeeded in curtailing Boko Haram insurgents in the country, adding that the terrorist group no longer controls any part of the country.

He attributed the success to operations of security agencies deployed to counter insurgency in the North-eastern part of the country.

“You will all recall that we contested the last election basically on three issues, which includes security, especially in the North East.

“The Boko Haram used to occupy quite a number of local governments in Borno State but they are not in any one now. They have resorted to a very dangerous way of terrorism by indoctrinating young people, mostly girls and attacking soft targets, churches, mosques and marketplaces,” he said.

On herders and farmers clashes in Nigeria, the President told Nigerians in the Diaspora that while security agencies are doing their best to curtail the clashes, the Nigerian media need to complement the efforts through objective and informed reportage.

The President appealed to the Nigerian media to make an attempt at understanding the cultural and historical implications of some of the misunderstanding between herders and farmers.

“To my disappointment, the members of the press in Nigeria do not make enough efforts to study the historical antecedents of issues that are creating national problems for us,” he said.

According to the President, due to the effects of climate change, a farm that used to belong to 5 people now belongs to 50 people, the weather condition; particularly the rainy season is now unpredictable.

The President partly blamed the farmer’s/herders’ controversy on the shrinking of the Lake Chad, which has forced many cattle nomads to seek greener pastures for their herds in other parts of the country.

On Nigeria-China relations, the President applauded China’s generosity and contribution to the development of Nigeria, citing the successful completion of the Abuja-Kaduna railway line, built by the Chinese, and ongoing works on Lagos, Ibadan, Ilorin, Abuja, Kano railway routes.

He said Nigeria and China are also negotiating on the Mambilla project.

President Buhari advised Nigerians planning to travel abroad for ‘‘greener pastures’’ to do so legitimately and not to expect too much from their countries of destination.

“You cannot seek greener pastures in a place where you are not respected because of the colour of your skin or your lack of education or other things. Personally, I think you will earn more respect when you remain at home and get a job,” he said.

Acknowledging the material and intellectual support of Nigerians in the Diaspora to the development of the country, the President assured that his administration will remain focused and committed in providing the needed infrastructure and doing the needful for Nigeria’s prosperity.

Earlier in his remarks, the Nigerian Ambassador to China, Baba Ahmed-Jidda thanked the President for his support to the Embassy, which led to the completion of the Ambassador’s residence.

The Ambassador praised Nigerians resident in the various provinces of China for being law abiding with the exception of few.

On consular matters, the envoy told the President, Nigerians still faced difficulties in the process of obtaining Chinese visas- an issue he thinks the President should take up with the Chinese authority.

Also speaking, the President of the China Chapter of Nigerians in the Diaspora Organisation, Brian Akiti, while wishing the country successful elections in 2019 pledged the support of the organisation to the present administration’s development agenda.

In a separate event, the President also met with Nigerian students on scholarship in China.

He told the students: “I hope you will make the best use of this opportunity given to you. Nigeria is grateful to China for extending this generosity to us.

“The Chinese are helping Nigeria greatly with building infrastructure, it is very much appreciated. We are pleased with the training they are providing for our Nigerian students.”

President Buhari also met with the executives of China Civil Engineering Construction Corporation (CCECC), during which he lauded the construction group for their immense contributions to infrastructure development in Nigeria.