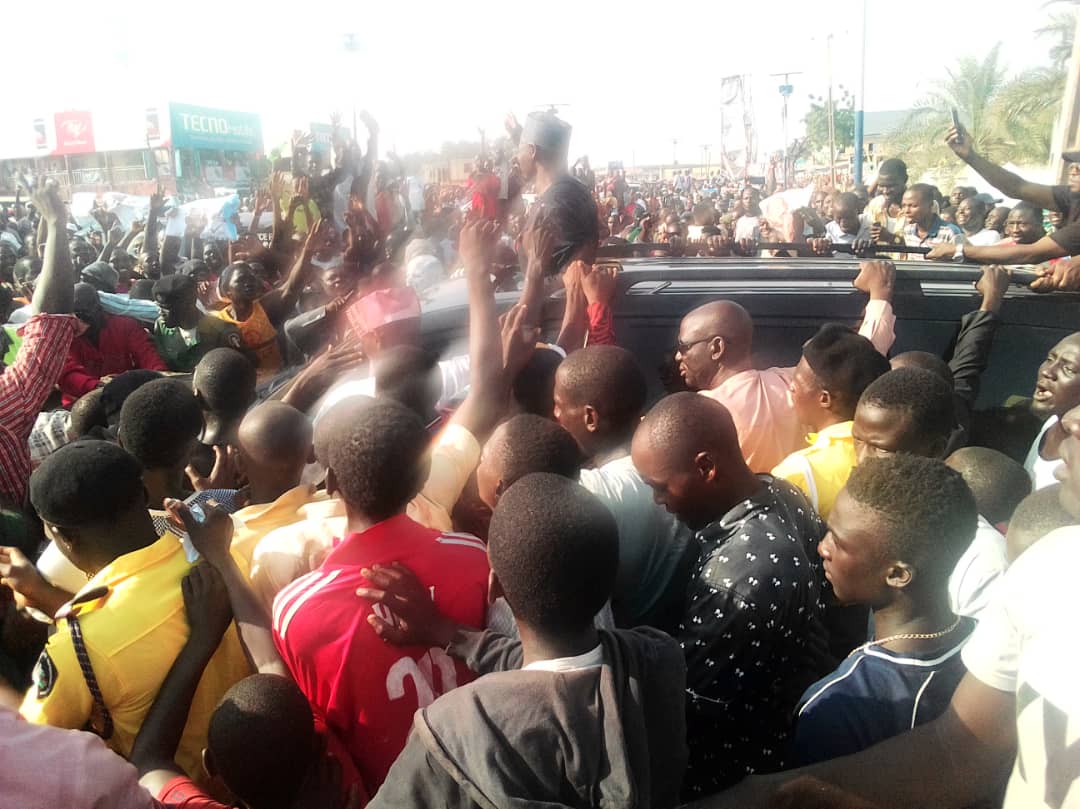 Secretary of the Electoral Committee, Abdullahi Candido announced Engr Sule as the winner while declaring the result of the Election today 1st of october 2018 in Lafia.

He notes that Engr Sule met the requirement of the party’s constitution in electing the flagbearer haven pulled the majority of votes cast.

His closest rival is Aliyu Ahmed Wadada who scored 519 votes, followed by the state deputy Governor, silas Agara with 356 votes.

Others are Danladi Envulanza who got 246, while Arch Mohammed Jaafar scored 105.

There were 19 invalid votes out of the total number of accredited delegates which stood at 2337.

Shortly after the declaration, all the Aspirants rallied round the winner, Engr Sule while assuring him of their total support to deliver the party in 2019 election.

They all described the election as transparent and peacefull.

For the winner, Engr Sule, He salutes the resilience of all the Aspirants in the process that culminated to his emergence, describing the victory as victory for all.

He peomised to work with all the Aspirants for the collective victory of party.

The election stakeholders adjudged as one of the freest and transparent election conducted in the state.

Governor Umaru Tanko Almakura while reacting to the victory of Engr Sule, describe as the voice of the people of the state who spoke collectively to vote for continuity of good governance in the state.

Meanwhile it was celebration galore on the streets of Lafia as supporters took to the streets to celebrate the victory of Engr Abdullahi Sule.