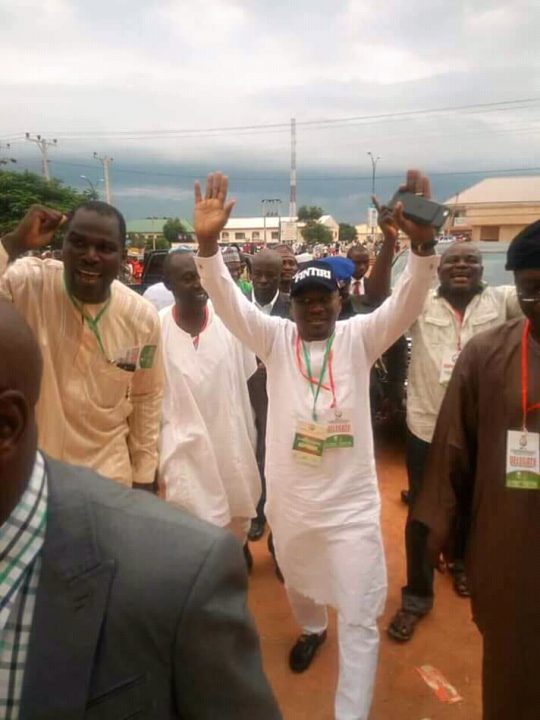 “I Adamu Shu’aibu, returning officer of the Adamawa PDP Governorship Primary election, wish to announce that the election was transparent, free and fair.

“And after counting the votes, I wish to announce that Umar Ahmadu Fintiri haven scored the highest votes of 1,656 is hereby declared winner of the Adamawa PDP  Governorship Primary Election,” Shu’aibu said.

Addressing his supporters shortly after the announcement, Fintiri thanked the party’s stakeholders, especially Atiku Abubakar, Bamanga Tukur and Prof. Jibrin Aminu among others.

Fintiri also appreciated the effort of the delegates and promised to bring meaningful development into the state.

“If elected I will guaranteed the welfare of people of the state, especially the civil servants. And I will make the retirement to be blessing rather than curse as being experienced in the state,” Fintiri said.

He called on the party’s members to support him to capture the Dougirei Government House, Yola, comes 2019.